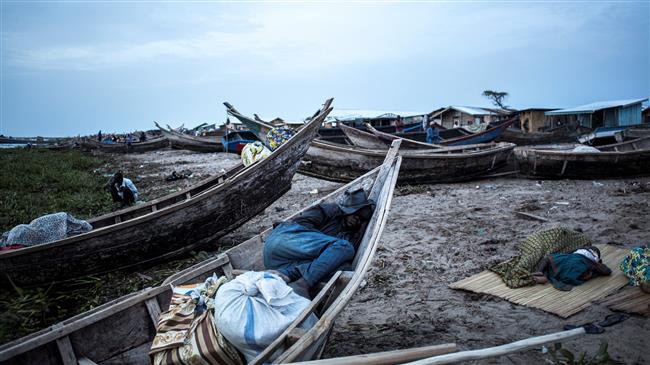 The United Nations refugee agency says more than 57,000 people have fled violence in the eastern Democratic Republic of the Congo to Uganda this year.

The UNHCR said in a statement on Friday that most of the 57,000 displaced people were women and children.

UNHCR spokesman Babar Baloch told reporters in Geneva that the figure far exceeds the 44,000 refugees who entered Uganda through the entire 2017.

The UN agency said over 4,000 people from the provinces of Ituri and North Kivu entered Uganda between March 10 and 13.

According to the statement, the majority of the refugees are using the dangerous route of Lake Albert, traveling upon unsafe boats from Ituri, which has been wracked by conflict between the Hema and Lendu communities.

Tensions between Hema cattle herders and Lendu farmers have largely laid dormant since a 1998-2003 war, which claimed the lives of thousands, but have flared again in recent months because of disputes over land.

The UN agency further said on Friday that the struggles aid workers face in accessing violence-hit regions made it “difficult to offer a detailed picture of the situation.” It, however, said “UNHCR has received chilling accounts of violence”, including rape and murder.

The agency also said it had stepped up measures to support survivors.

The DR Congo is suffering from growing insecurity. New conflicts are erupting as President Joseph Kabila struggles to maintain his grip on power after his constitutional term in office expired in December 2016.

Violence has also erupted in the central region of Kasai. There, a tribal chieftain known as the Kamwina Nsapu, who rebelled against Kabila’s regime, was murdered in September 2016.