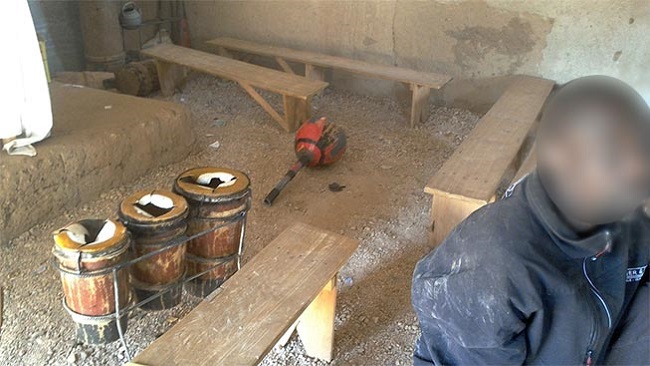 In the first attacks, which began late at night on 6 January, two men were killed and two children kidnapped when heavily armed militants invaded the village of Hitere, Tourou district. Hitawa village, in the same district, was also raided and looted.

In Moudokou village, Moskota district, three Christians were killed in a raid and a ten-year-old boy was kidnapped. Another Christian man was murdered by the Islamists in an attack on Guitsenad village.

On 7 January, a seventh Christian was murdered in a Boko Haram assault on a fifth village, Guedjelé in Koza district.

The two church buildings used by the affected communities were sabotaged and burnt.

Eyewitness reports described heavily armed militants encircling villages and shouting and chanting menacingly throughout the night. In the prolonged attacks, the militants swept through the communities breaking into homes to kill, loot, burn and destroy.

A local pastor pleaded for prayer, “We don’t know what to do. Pray for those who lost their beloved. Pray also for little children left without even clothes.”

At least ten Christians were murdered in an intense wave of Boko Haram attacks late in 2019. Seven were killed and 21 children and young adults were kidnapped in Mayo Sava district in December. In November, a 12-year old Christian schoolboy was hacked to death when he resisted militants’ attempt to abduct him as a “child soldier” during a raid on Tourou district. Earlier the same month pioneering pastor, David Mokoni, and a hearing-impaired Christian boy were killed when militants attacked their church in Moskota village.