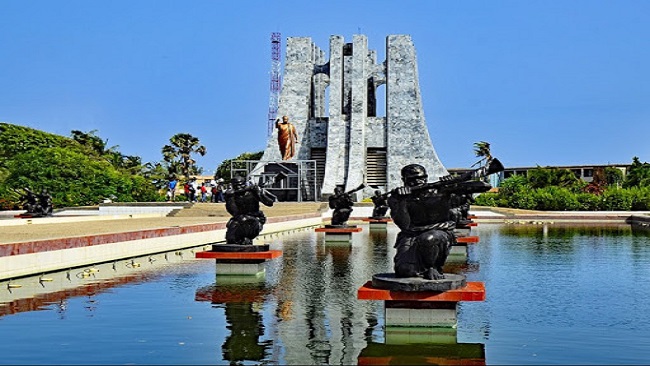 Ulrich Njoh Mussima, a Cameroonian who went into hiding after inflicting knife wounds on a woman, has been picked up by the Tesano Divisional Police Command.

He was picked at the Amasaman court last Thursday after he had gone to court to support his colleagues in another case.

The victim (name withheld), according to the police, was injured in the nose, chest and right shoulder during the attack.

The Accra Regional Police Public Relations Officer (PRO), DSP Effia Tenge, said on August 27, a complainant who is a neigbour to the suspect reported to the Tesano Divisional Police Command that some foreigners were operating a pub in the area and were making excessive noise.

According to the complainant, several reports had been made to owners of the pub and the police about their activities, and the police proceeded to arrest four persons, namely Toungo Thera, Mola Asobo, Michael Matouala and Mouladi Bycther, who are from Cameroon, Congo and Senegal.

“The machines they were using were also seized and brought to the station by the police team,” DSP Tenge disclosed.

The police officer said Mussima was not at the scene but upon hearing the news about the arrest of his colleagues, he stormed the house of the complainant to attack him for reporting them, but he (complainant) was not present.

He then vented his spleen on the complainant’s daughter and inflicted knife wounds on her.

DSP Tenge said last Wednesday, the four arrested suspects appeared before court for trial and Mussima went there to offer support for them and was arrested.