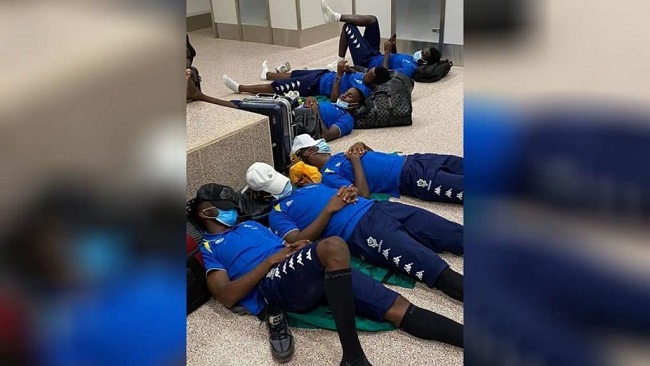 Gambia was fined $100,000 for the unsporting reception accorded to the visiting Gabonese national team in November.

Gabon were in the west African country for a 2021 African Cup of Nations qualifier.

In its ruling published on Tuesday, the Confederation of African Football (CAF) chided the hosts for non-compliance “with the loyalty, Integrity and sportsmanship values and rules of Fair Play”.

The Gabon delegation were told they were not allowed to leave the airport because of an administrative problem and were forced to sleep on the floor before being allowed to leave in the morning after government intervention.

The incident garnered global attention after Arsenal captain and Gabon international Pierre-Emerick Aubameyang tweeted about it.

Gambia and Gabon are in drawn in Group D along with Angola and the Democratic Republic of Congo.

CAF also fined the Gabonese football federation $10,000 for ‘offensive and degrading material that undermines the honor and image of the Confederation of African Football’ published by Aubameyang.