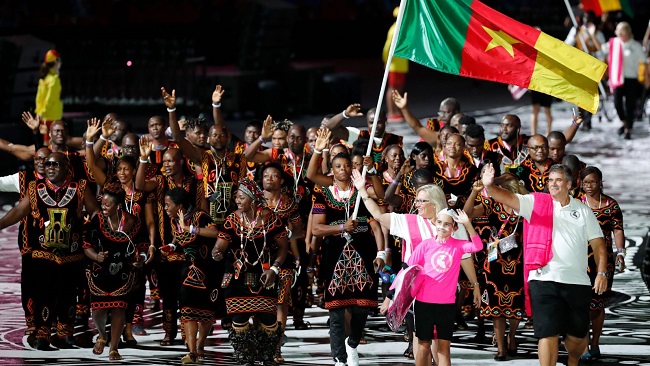 African athletes at the Commonwealth Games in Australia have been in the news for action on and off the track.

The haul of 34 gold medals won by African athletes has been overshadowed by headlines of at least 13 athletes from Cameroon, Uganda, Rwanda and Sierra Leone absconding from team camps. It’s a recurring scenario for hosts of minor to major sporting events held in wealthier nations. For Australia, it happened in 2006 when Melbourne hosted the Commonwealth Games and 2000 when Sydney hosted the Olympics.

The most common reason for this, as with many migrants, is the search for a better life. Even for pro athletes in many African countries, wealthy and more developed countries remain a major draw. Occasionally, athletes make the move to escape political repression back home. The most recent example came at the 2016 Rio Olympics when Feyisa Lilesa, an Ethiopian marathoner, crossed his arms in anti-government protest.

Even though the competition has wrapped up, missing athletes officially have until May 15—when their visas expire—to make plans that allow them to remain in Australia. An obvious option would be to apply for asylum but a successful application will depend on being able to cite valid basis of threat to life in their home countries. Already, a migration agency operating on the Gold Coast says “more than 40 people,” including Commonwealth Games athletes from Africa, have so far come in to discuss potential visa options to allow them remain in Australia.

Another option is to obtain a special skills visa which allows them continue to reside and compete as professional athletes. For example, Ethiopia’s Lilesa was granted special skills visa by the United States after he did not return home given fears of government reprisal after his protest at the Rio Olympics.

The nuclear option would be staying on illegally after the visa expires and, without valid documentation, likely turning to menial jobs to earn money.

For many athletes, applying as part of a team delegation to major sporting events offers a much higher chance of securing visas and traveling safely and for free. Back home, mismanagement, corruption and poor welfare packages as well as sub-par training facilities often means being an athlete is not the most lucrative livelihood. As a result, African athletes, and at times officials, have routinely gone missing at sporting events hosted in more developed nations—21 members of African delegations went missing or claimed asylum after the London Olympics in 2012.

For more talented or high-profile athletes, another option is to switch nationalities and represent countries offering better prospects. It’s a well-exercised option: during the Rio Olympics in 2016, at least 30 Kenyan-born athletes competed for other countries. Indeed, Bahrain’s Olympic track field team was almost entirely made up athletes originally from Africa as half of the men’s team and nearly all of the women’s team hailed from Nigeria, Ethiopia, or Kenya.