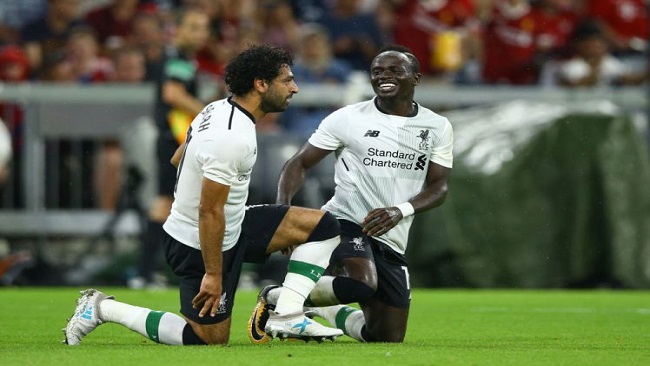 Joel Matip believes Liverpool team-mates Mohamed Salah and Sadio Mane would both be worthy winners of the Confederation of African Football (CAF) Player of the Year award. The Reds duo are flying to Ghana to attend Thursday night’s ceremony in Accra. They will return to Merseyside on Friday morning ahead of the FA Cup clash with Everton at Anfield.

Salah and Mane are joined on the three-man shortlist by Borussia Dortmund striker Pierre-Emerick Aubameyang. Liverpool’s 23-goal top scorer Salah, who also fired Egypt to the World Cup in Russia, is the favourite to lift the trophy.

Former Cameroon international Matip said: “I don’t know who will win but I hope it will be Mo or Sadio.

“They both had a great year. It’s a joy to watch them playing football. Liverpool’s record signing Virgil van Dijk pictured training with Reds for the first time

“It’s a great honour for Liverpool to have two of the three players who are on the shortlist for such a big award. “That says everything about the quality they bring and what they have achieved over the past 12 months.”