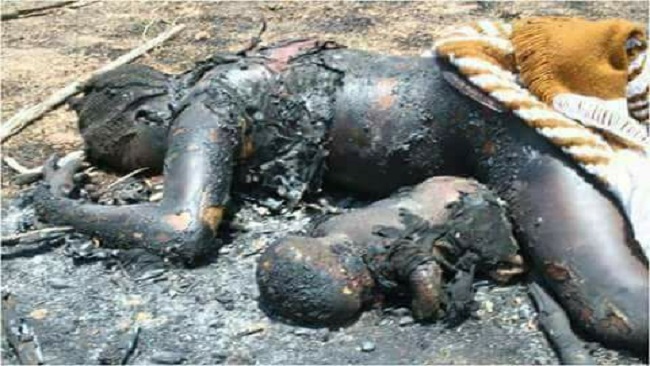 Africa’s next civil war could be in Cameroon 0

On May 20, Cameroon’s national day, citizens in the capital of Yaounde marched in parades, and President Paul Biya congratulated members of the armed forces on their commitment to peace and safety. At the same time, in the country’s unstable Anglophone regions, separatists kidnapped a mayor, killed two police officers and intimidated people who tried to celebrate the holiday.

Such incidents have human rights activists worried that Cameroon could soon be the site of Africa’s next civil war.

“We are gradually, gradually getting there,” said Agbor Nkongho, an Anglophone human rights lawyer and director of the Center for Human Rights and Democracy in Africa. “I’m not seeing the willingness of the government to try to find and address the issue in a way that we will not get there.”

Since late 2016, Cameroon has faced an increasingly violent uprising in the bilingual country’s minority Anglophone regions, where English speakers say they have been marginalized by the French-speaking majority for decades. When peaceful protests started 18 months ago, government forces opened fire on protesters and looted and burned down villages. Now an armed separatist movement is gaining traction, kidnapping government officials and killing gendarmes.

Some observers say the situation has already reached a point where it could be considered a civil war.

“If you look at what is going on now, you can call it a civil war,” said John Mukum Mbaku, a professor at Weber State University in Utah and a nonresident fellow at the Brookings Institution. “The government is shooting down defenseless villagers, and many have decided to defend themselves and are fighting back.”

At the end of World War I, the League of Nations divided the German colony of Kamerun between France and Britain. The French-controlled territory won independence in 1960, and the British territories that now make up the southwest and northwest regions of the country joined the next year.

On paper, Cameroon is now the only country in the world other than Canada where both French and English are official languages. But only one-fifth of the country’s 22 million people are Anglophone. Biya, who has ruled for 35 years, is Francophone, as are most of the country’s elites.

“The fact of the matter is, if you don’t speak French, you cannot survive in the country,” Mbaku said.

Anglophones say they are being forced to assimilate into Francophone culture, and their frustrations reached a boiling point in 2016.

A protest movement was launched with teachers and lawyers at the forefront, attacking the “Francophonization” of their home towns. A particular complaint was the growing number of non-English-speaking teachers being sent to Anglophone areas.

“It’s not just about language,” Nkongho said. “It’s a culture, it’s a way of life, it’s the way they’ve been raised.”

The Cameroonian military responded to the protests with brute force. Videos emerged of the security forces kicking university students and dragging them through mud. They also opened fire on protesters, killing some of them. As the movement gained momentum and evidence of police brutality circulated on social media, the government cut the Internet in Anglophone regions. Julie Owono, executive director of Internet Without Borders, said the months-long shutdown “convinced people that, indeed, Anglophones are treated differently.”

Support for armed separatists, who want to establish a new Anglophone nation called Ambazonia, started to grow. “You talk to people who were very moderate but they are now supporting the separatist movement,” Nkongho said.

Last week, he said, civilians counted around 40 dead bodies in Anglophone regions of the country — at least 27 of which were allegedly killed in a standoff with government forces. That made for one of the bloodiest weeks since the unrest began 18 months ago. Col. Didier Badjeck, a Cameroon Army spokesman, said government troops engaged in a firefight with separatists and that “several terrorists were neutralized.”

A recent count by the International Crisis Group said at least 120 civilians and 43 members of security forces have been killed since the conflict began. Some 20,000 people have fled to Nigeria as refugees, and 160,000 are now displaced within Cameroon, according to the U.N. Office for the Coordination of Humanitarian Affairs.

A presidential election looms in October, with Biya expected to run again. Akere Muna, an Anglophone presidential candidate and prominent lawyer, hopes that better governance could keep the country unified. But he said the government has only ignited tensions and dismissed Anglophone calls for more autonomy.

Muna said he recently visited an Anglophone village that is normally home to 6,000 people. Only a handful of people were left, he said. “If [Biya] gets reelected, the country will become ungovernable,” Muna said. “By the day, it’s getting worse.”