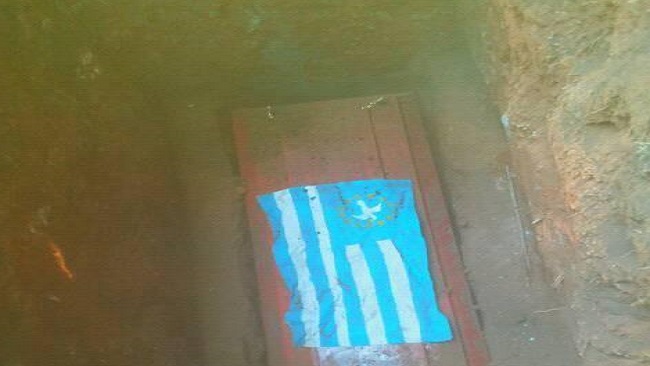 How Gilbert Ngwani, 26, saved a captured classmate but died in battle hours after

A “battalion commander” of the Ambazonia fighters who acquitted a captured suspect, perished in gun battle with government defence and security forces less than 24 hours later. Gilbert Ngwani, 26, was found dead with bullet wounds, Thursday, April 7 on the streets of Belo, Boyo Division in the North West Region. He was laid to rest in his family compound on Friday, April 8.

The man Ngwani acquitted narrated the following testimony to me, which I recorded after thorough scrutiny to authenticate his story. From his outlook, he could be easily mistaken for someone of another ethnic origin with peculiar features, which was the claim of the Ambazonia fighters who abducted him. His identity is withheld to safeguard his security.

“I travelled to my village Belo last Thursday (March 29) for the funeral of a cousin who died in the village. On Wednesday, April 4, as the gun battles between government forces and the Amba Boys raged on and off, I was making a phone call at the Square when two young men on a motorbike pulled up near me. They were both either below 20 or just above 20. They were very young. I’m myself in my 20s, but they looked younger than me. They asked who I was speaking to on the phone and said I look like some of their enemies.

“It is true people often tell me I look like people from a certain part of Cameroon, not from any of the Anglophone regions. I told them I was a Bikom from Belo here and said I was speaking to relatives about the funeral of our cousin but they said I was lying. They said they believe I was making a call to security people to locate where they were. They asked me to come with them. They made me mount the bike, one riding; the other sitting behind me. I realized I was truly in trouble when I saw knives protruding from both pockets of the rider and the man behind with a short gun.

They took me without a blindfold to their “camp” which was just an open space. When we alighted off the bike and approached the other men I recognized one of them. Too frightened, I tried not to show familiarity, as well as he too did not acknowledge me. From the body language I could tell he was their commander. He gave instructions; the boys obeyed, gave him military-style salutes and called him military titles that showed respect.

“They questioned me further about my origins. I repeatedly told them I was from Belo. To my great relief, my childhood friend, Gilbert Ngwani, told his boys that he knows me and confirmed that I was a child of Belo. Gilbert was my classmate in GBHS Belo. After obtaining the A Level, he has been in the village doing odd jobs and riding motorbikes.

“The Boys also conducted a mystical test to prove my innocence. They waved a cutlass in front of me. I did not understand why but when I returned home and narrated my story, I was told it was meant to verify whether I was a danger to their cause. They told me, ‘We are out to clean the house and silence betrayers of our cause before engaging other phases of the struggle’. Thereafter, they took me on the bike again and dropped off at the Square and warned me that if I revealed their location to anyone, they would come for me again.

“The sad side of the story is that Gilbert was killed in battle on Wednesday, April 4. His body was found with bullet wounds. Knowing he was secured with the Odey Chi cult, many in Belo are guessing he might have defaulted on one of their rules. Some say he touched blood which is prohibited. Others say he might have mistakenly kept coins in his pocket. Life is nothing. That is someone I saw only hours before and especially, I feel sorry that my old friend that I hadn’t seen in a long time should die like that only hours after he saved my own life. Sometimes, I feel I might have been killed were he not there to testify that I was a child of Belo.

Gilbert Ngwani was buried in his father’s compound early on Friday, April 6. Village boys collected his corpse at night. His father wanted him to be buried without a coffin, fearful that soldiers could come and arrest those at the burial if they wasted time. But his friends took the courage and hastily made a coffin to bury Gilbert. ”