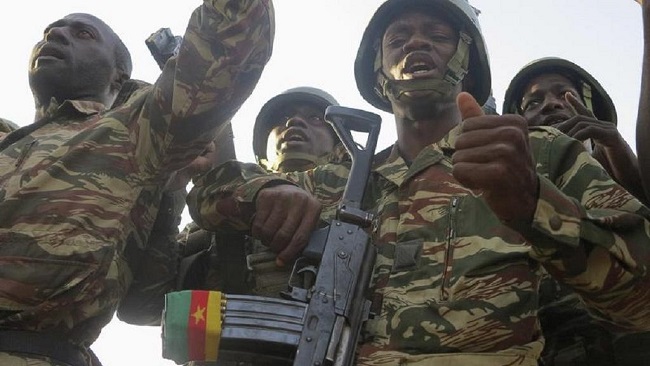 Troops carrying out raids in a western region of Cameroon have killed 24 people described as separatists, a general who heads operations in the English-speaking zones has said.

General Valere Nka told state radio Wednesday the army had carried out two major operations in recent days to fight separatists in the Northwest region, where a conflict erupted nearly three years ago, as well as in the Southwest region.

Nka had told CRTV television late Tuesday that 13 “terrorists” were killed in a first raid in the towns of Bali, Batibo and Widikum where separatists had barricaded a road leading to neighbouring Nigeria.

Another 11 were killed at a separatist camp in the town of Mbokam, and soldiers seized about a dozen weapons, Nka said.

He gave no dates for the two incidents.

Rights monitors regularly condemn abuses committed against civilians by both sides in the conflict, which has claimed more than 3,000 lives and forced at least 700,000 from their homes.

Decades of grievances at perceived discrimination by the francophone majority grew into a declaration of independence in October 2017, which was followed by a government crackdown.