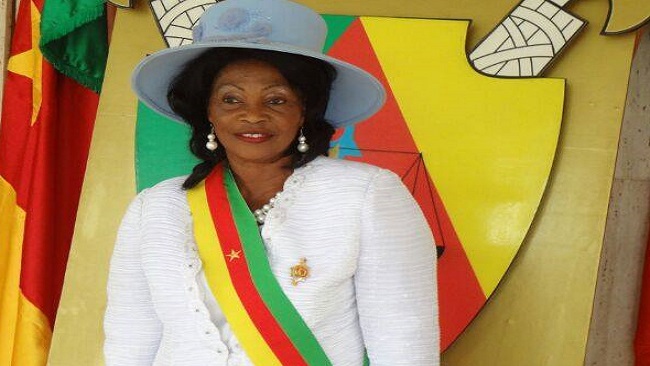 Southern Cameroonians who fled from Kembong to Ossing village recently following a Cameroon armed forces onslaught have reportedly turned down food items donated by the Member of Parliament for the Eyumojock constituency, Hon. Okpu Susan Nsosei .

The female MP, according to a Cameroon Concord News source, had taken the gift items: three bags of rice and two bags of salt on Friday the 29th of December to Ossing village hosting more than 400 Ambazonians from Kembong but was bluntly rejected. All entreaties to make the Ossing traditional council realise that the items were meant for distribution to the needy from Kembong fell on deaf ears as the people of Eyumojock stated that they were not hungry and didn’t solicit for any donations.

The ruling CPDM party has been banned in Southern Cameroons and designated as a terrorist organization by the Interim Government of the Federal Republic of Ambazonia.  Informed sources in Ossing indicated that the donation came while the people of Ossing were having a meeting on how to accommodate those who escaped from Kembong and they all corroborated the fact that the CPDM was no longer a legal entity in Southern Cameroons and insisted the food items be returned.

Hon. Okpu Susan Nsosei has not been seen or heard ever since the genocide campaign started in her Eyumojock constituency.