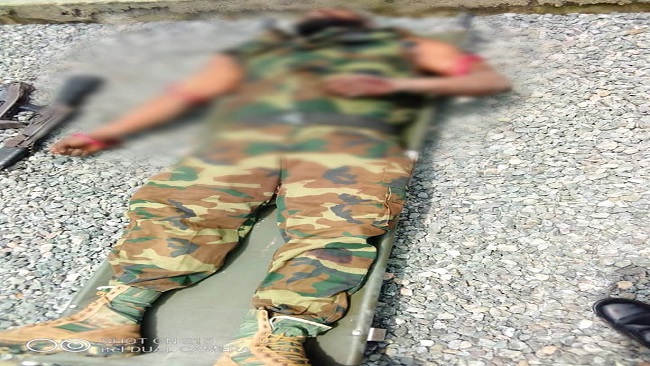 The Interim Government of Ambazonia can now confirm that earlier today, Tuesday 13 October 2020, a great Ambazonian warrior was killed in battle.

General Ayeke was unfortunately killed in the County of Lebialem as he commanded a brave battalion of Ambazonian troops in a fierce battle against the invading, marauding and lawless forces of French Cameroun.

General Ayeke leaves Ambazonia a better place for having lived and fought for our independence and freedom. The Interim Government requests all Ambazonians flags to fly at half-mast today to honor the life of this brave Ambazonian warrior and commander.

On this somber day, the Interim Government of Ambazonia pledges that, for his life and sacrifice to our nation, his dream of a free Ambazonia shall come to pass.

General Ayeke’s death is a timely reminder to our young nation on the dangers faced by our heroic forces in this fight for liberation and independence. As a nation, let this day strengthen our collective resolve for freedom and independence.

God Bless General Ayeke’s soul for he died a fighter and a champion for freedom and independence for mankind.