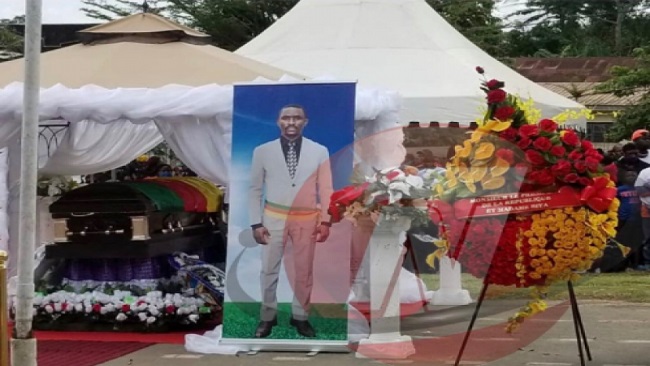 The Ambazonia Interim Government has not turned a blind eye to the grisly assassination of the Mayor of Mamfe, Ashu Prisley Ojong.

Vice President Dabney Yerima has renewed the call for La Republique du Cameroun to hand its henchmen involved in the crime over to Ambazonia Restoration Forces in the Manyu County.

Commenting on the incident on Friday, the exiled Southern Cameroons leader recalled the circumstances around the mayor’s murder and brutal slaying by a French Cameroun CPDM hit team at the SATOM Bridge in Egbekaw.

Ashu Prisley Ojong was heading to his native Eshobi unaware that someone in Yaoundé had dispatched a death squad to take away his life.

The details of his murder emerged and his body was recovered and later laid to rest in Mamfe the chief town in the Manyu County.

The Biya Francophone Beti Ewondo regime claimed the murder was an “Ambazonian” operation, but the entire Manyu population and the Southern Cameroons Interim Government have directly linked the Manyu CPDM barons to the killing.