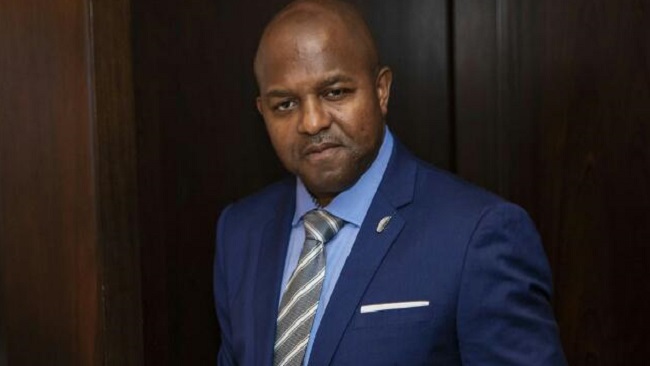 Ever since the abduction and extradition of the Southern Cameroons leader, President Sisiku Ayuk Tabe and his top aides in Abuja, Nigeria and the emergence of Pastors Samuel Ikome, Chris Anu and Success Nkongho as front liners of the Ambazonia struggle and quest for independence, many in the Federal Republic of Ambazonia have come to the conclusion that one must first be a crook to be a pastor.

Prior to the appointment of Vice President Dabney Yerima, there were three pastors running the Ambazonia Interim Government. The disgraced Ikome Sako was Acting President, Bishop John Egyawan was passing for a Defense Secretary and Chris Anu moonlighted as Communications Secretary.  Judging from their time deep within the Ambazonia Interim Government and after they were replaced by the people of Southern Cameroons, we of the Cameroon Concord News Group can now reveal that these so-called men of God have all along been professing Christ and serving the devil.

It’s so unfortunate that Sako, Chris and now Pastor Success Nkongho have fallen this much. Correspondingly, it will also not be wrong to say all of the pastors are now directly or indirectly serving the Biya Francophone regime in Yaoundé. To be sure, they lack revolutionary message, a huge sign that they were long disconnected from God and the Ambazonia struggle.

These men of God are holding Southern Cameroons children as slaves in their Churches in Nigeria and the US and via social media. Interestingly, they expect Southern Cameroonians not to say anything. We of the Concord Group will continue to sacrifice our time to free the slaves from their Sako IG camps so that they begin to serve the living God and once again be a part of the Ambazonia revolution.

Loosely defined, counterfeits are goods and services of inferior quality, packaged in another’s brand name without the brand owner’s authorization, infringing on the trademark, patent or copyright of the genuine product. The Southern Cameroons revolution is under attack in the same way with fake pastors.

The situation has left a trail of destruction in the Southern Cameroons communities both in Ground Zero and in the diaspora where unsuspecting, gullible and impressionable Ambazonians have been robbed of their hard-earned money, their dignity and are dying every day like flies.

The creation of the Bank of Ambazonia and the launching of the Amba Bonds Project as a means of rebuilding confidence among Southern Cameroons donors have given Southern Cameroonians all over the world something to reflect on. While Southern Cameroonians are investing in the bonds, Vice President Dabney Yerima and his cabinet cannot remain unmoved. Comrade Yerima should usher in a tough approach towards the mushrooming of false information and as Martin Luther King Jr said: “To ignore evil is to become an accomplice of it.”

At this point one of the responsible things to do is to educate Southern Cameroonians on the things to watch out for before painting someone as an Ambazonia frontline leader.

Here are a few signs to counter Sako and Chris Anu IG’s deception.

Sako, Anu, Kometa and Success Nkongho who now constitute the counterfeit Southern Cameroons front liners have made a concerted effort to lead Ambazonians away from Ground Zero and their jailed leaders leaving them revolutionary malnourished with many dropping down their weapons.

The Ambazonia Interim Government must enact laws that restrict fake pastors to hold senior cabinet positions. This will of course enable them to follow different careers and get jobs outside the struggle.

If more often than not, there are reports questioning the integrity and ways of a revolutionary leader, one has to be concerned. A leader cannot always be in the news or on social media for the wrong reasons. This is typical of Sako, Chris, Kometa and Success.

If during a revolution that has claimed the lives of thousands of Southern Cameroonians the leaders who are all Men of God are the only ones living a luxurious life with financial donations from the citizens, there is a reason to be doubtful.

Southern Cameroonians cannot be living in the bushes, open fields, tents or abandoned buildings in Nigeria while the leader is living a lavish life in the USA.

Sako Ikome, Chris Anu and Kometa including Success Nkongho were leaders who presented super-hero personalities in public but are private successful failures.

When electing an Ambazonia leader in your host country in Europe, the US and Canada be sure that the individual has a corporate job, is able to lead himself and his own family well before leading you.