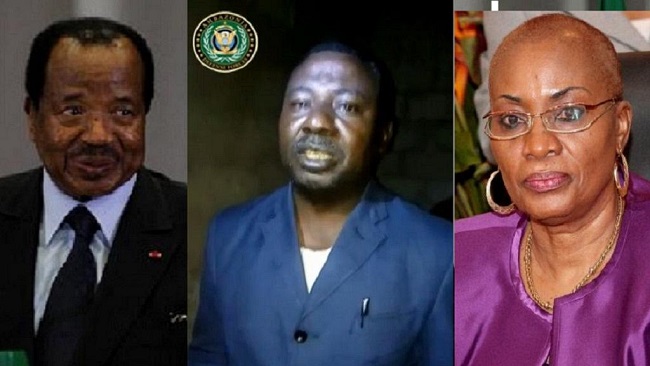 A month after armed elements under the banner of the so-called Ambazonia Republic abducted a Cameroon government official, a video of the said officer has popped up on social media.

The said video showed the Nimbong Aaron Yong, a regional delegate for Social Affairs in the NorthWest pleading for his substantive minister to intervene before the separatists “sacrifice” him.

According to him, the Ambazonia leaders only wanted proof of life to be shown of over 40 of their comrades arrested in Nigeria and subsequently deported to Yaounde.

“I’m pleading with my minister to intervene. That the leaders of Ambazonia, arrested and brought to Yaounde, should be shown to the public, that they are alive. I have been given 48 hours, otherwise, be sacrificed, if the leaders are not shown,” he said.

The Ambazonia Defense Force (ADF) confirmed in late February 2018 that it had kidnapped the administrative official near the town of Batibo, some 40km from the NorthWest’s regional capital Bamenda.

State-run Cameroon Radio Television (CRTV) confirmed the incident, Yong at the time became the second person to be abducted by the separatists.

In mid February 2018, ADF claimed responsibility for the disappearance of Divisional Officer Namata Diteng, reports indicated that they kidnapped him and burnt his car.

Kidnapping is a new line of action by the separatists who usually staged deadly guerilla style attacks on members of the security forces. They said the soldiers, police and gendarmes were occupation forces hence their resolve to rid the towns of them.

President Paul Biya declared war on the separatists last year after they killed a number of police personnel. The group’s new leader has also declared an era of self-defense in the wake of reprisal attacks by members of the security on citizens.