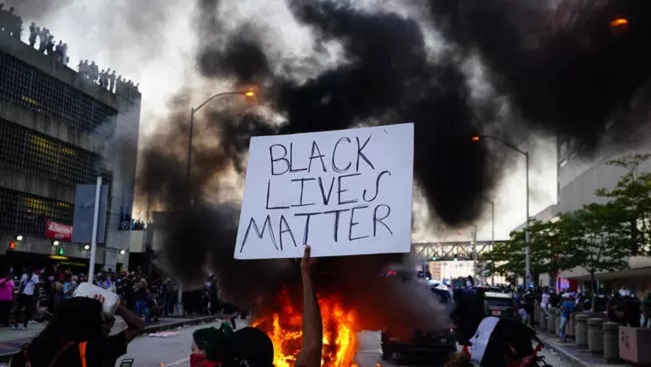 A video shows a restaurant in the US city of Atlanta in flames as protests escalate following the police killing of a 27-year-old African American there.

Protests erupted in Atlanta in the state of Georgia on Saturday after a video emerged showing the fatal police shooting of Rayshard Brooks who had fallen asleep in his car at a Wendy’s fast-food restaurant drive-thru line and who the officers wanted to take a sobriety test because he was suspected of being intoxicated.

Brooks was shot in the restaurant’s parking lot on Friday night after he allegedly scuffled with police officers. The incident was caught on tape.

The Wendy’s surveillance video didn’t show the scuffle, but showed the victim running away from where police cars were parked.

Police said he resisted arrest and fled while grabbing a taser from one of the officers and was therefore shot to death.