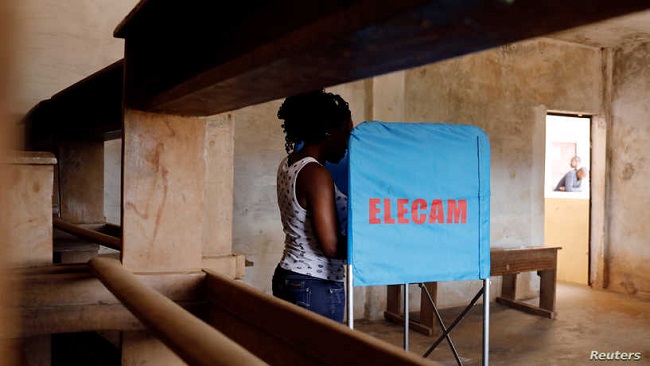 Cameroon will hold its first ever regional election on Sunday, as President Paul Biya seeks to quell a four-year-old separatist insurgency and appease opponents who say he has neglected the provinces for decades.

Over 10,000 local representatives will vote to appoint councils in all ten regions made up of regional delegates and traditional rulers, putting into action a 1996 law that promised decentralised government but was never enacted.

Government officials say it will give the regions greater say over spending and local governance. They hope it could also end a conflict in the English-speaking west that was sparked by the perceived marginalisation of the Anglophone minority.

The ongoing conflict has killed more than 3,000 people and become the greatest threat to Biya’s 40-year presidency of the country, where the official language is French.

Critics say the election comes too late, offers only the semblance of regional autonomy, and does little to dent Biya’s power.

It could be disrupted by separatist fighters who call it a “fraud” and the main opposition parties are boycotting, meaning the councils will likely be stacked with Biya supporters.

“If it had come in 1996, maybe it could have solved the crisis. But we are no longer at that level,” said opposition politician and former presidential candidate Joshua Osih. “The demands are beyond decentralisation. People want to take care of their own territory.”

The separatist conflict began in 2016 when teachers and lawyers protested against having to work in French.

The government cracked down on peaceful marches and armed groups responded with attacks on soldiers and policemen, calling for the creation of an independent state called Ambazonia. Civilians have also been targeted in attacks each side blames on the other.

“We have issued an order banning the elections … and for anyone … collaborating with Cameroon in organising this fraud to be arrested.”