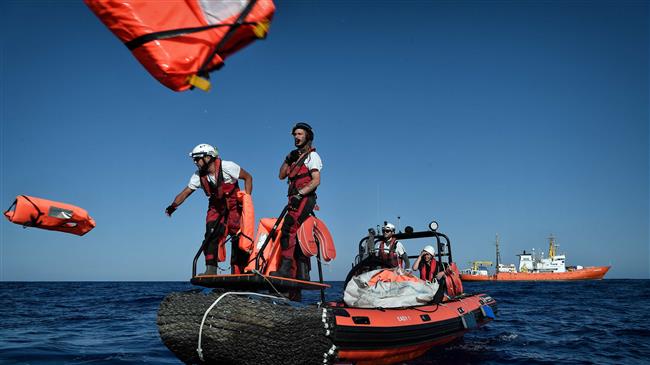 At least 46 refugees have been killed and 67 have been rescued after their boat sank off the coast of Tunisia.

Tunisia’s Defense Ministry said on Sunday that the refugees were of Tunisian and other nationalities, adding that the rescue operation was still ongoing in the Mediterranean.

Some 180 refugees, including 80 from other African countries had been travelling on the packed boast when it sank, security sources said.

The deaths are the latest to come from a refugee crisis that has gripped countries on various sides of the Mediterranean.

Nine people including six children died on Sunday near Turkey’s southern province of Antalya after a speedboat carrying 15 refugees sank off the coast.

The International Organization for Migration (IOM), which is affiliated to the United Nations, estimates that 660 had died attempting to cross into Europe through the Mediterranean since the start of this year.

Tunisia has become a major embarkation point for refugees from Africa who seek to reach southern coasts of Italy.

Many have died over the past years while taking the risky journey from neighboring Libya to the Italian coast. However, the flow from Libya ebbed after the former government of Italy, backed by the European Union, reached an agreement with the militia and government of the North African country to contain the departures.

A new government in Italy is now trying to further reduce the number of arrivals. New interior minister Matteo Salvini, who leads Italy’s the anti-immigrant League party, has vowed to deport up to 100,000 refugees per year while doing his best to block the arrival of boats carrying refugees from Africa.

“I will work to ensure that all the international organizations commit to stop departures, landings and deaths,” Salvini said in a statement after he was sworn in as interior minister on Friday, adding, “The objective is to save lives. And this is done by preventing the departures of the boats of death that are a business for some and a disgrace for the rest of the world.”