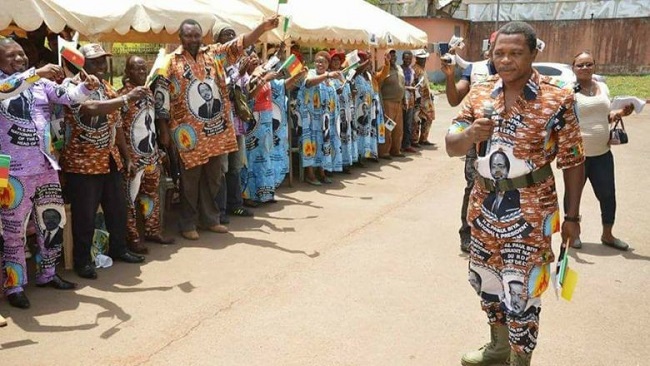 The Southern Cameroons Interim Government says armed militias backed by Cameroon regime forces have attacked scores of Ambazonian businessmen and women including highly placed civil servants in both the Northern and Southern Zones of the Federal Republic of Ambazonia as the ruling Biya Francophone regime presses ahead with its crackdown on pro-independence activists.

Several innocent Southern Cameroons civil servants and businessmen are currently being held in undisclosed locations by the armed militias created and sponsored by the Minister of Territorial Administration, Paul Atanga Nji.

Last month, the exiled Southern Cameroons leader raised the issue of the Atanga Nji Boys in a letter addressed to the European Union and the United Nations in which he observed that the French Cameroun authorities were also preventing imprisoned Ambazonia leader Barrister Blaise Shufai from receiving appropriate medication.

Southern Cameroonians have been staging almost daily ghost town operations and armed resistance ever since a pro-independence uprising began in West Cameroon four years ago. The people of Southern Cameroons-Ambazonia are calling for complete separation and independence from La Republique du Cameroun.

The French Cameroun regime, in return, has ignored the calls and is pressing ahead with its heavy-handed crackdown and persecution of the people of Southern Cameroons and their leadership.