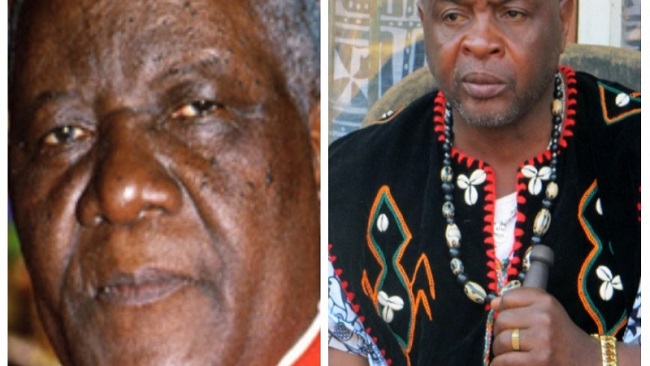 Our correspondent in the Bui County reported that the Atanga Nji Boys backed by members of the Rapid Intervention Battalion were ferried from Baba, Babessi subdivision in Ngoketunji County today Thursday, November 5, 2020 and ordered to stage the action against the two Southern Cameroons prominent figures in order to sabotage the Ambazonia struggle.

There has been conflicting reports from pro French Cameroun media houses on the incident with some claiming that the Cardinal and the Fon disappeared at Cane Chair, in Baba, on the Bamenda-Kumbo main road in the company of the Queen mother and some Nso notables.

The giant of the Roman Catholic Church Cardinal Tumi and Fon Sehm Mbinglo were en route to Nso two years after the Fon was airlifted from his palace for medical reasons.

Cardinal Tumi has for more than two decades been in the bad books of the regime in Yaoundé. A decision to name the Douala International airport in his honour that was reached in 1997 has till this day not been implemented.

French Cameroun media houses have openly accused an Ambazonian fighter known by the name ‘General’ Shao Mao of being behind the crime. However, Southern Cameroons Interim Government sources in Ground Zero are all pointing fingers at Minister Paul Atanga Nji and his criminal gang.