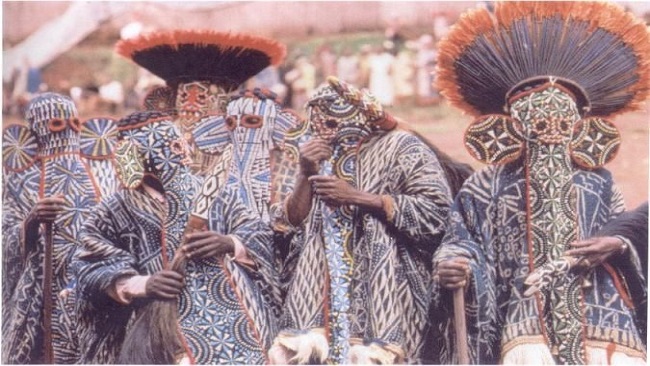 Bamileke Chiefs intensifies call for President Biya to step down 0

Some French Cameroun traditional rulers are now calling for constitutional reform and consultation among opinion leaders that will herald a smooth political transition in Yaoundé.

Constitutional reform, political transition, the war in Southern Cameroons, the revision of the electoral code, and inclusive dialogue among Cameroonian opinion leaders including the diaspora are among the topics of discussion that preoccupied traditional leaders in the western region of French Cameroun this week.

The chiefs of the Bamileke constituencies whose subjects secretly financed the genocide campaign currently going on in Southern Cameroons unanimously opined that they want to help the CPDM crime syndicate in seeking solutions to the numerous political crises facing the two Cameroons.

In a statement made public recently, the Bamileke chiefs observed that “The so-called NoSo war is sinking into an unbearable barbarity with the main victims being civilians and even children who just wanted to get an education. Assassinations, beheadings, summary executions, kidnappings and humiliations of all kinds are multiplying and becoming commonplace, thus seriously undermining human rights and dignity in our country,”

Regarding the political transition in Yaounde, the Bamileke traditional leaders, suggested a constitutional reform that will ensure stability and get a new figure to run government business in Yaoundé.

Some French Cameroun political commentators have expressed scepticism about getting a political transition in Cameroon before the end of President Biya’s term.

With age openly telling on the president, Paul Biya, 87 years old, has been in power for 38 years. The dictator claimed he was re-elected to a seventh term of 7 years at the end of the election of October 7, 2018.

The declaration of the traditional chiefs of the West comes at a time when many see no solution in sight following the acceptance by the collapsing regime to stage first regional elections on December 6.

Cameroon Concord News understands that at the end of these elections, 900 regional councillors will be elected. There will be 90 councillors in each region, including 70 representatives from government departments and 20 from various chiefdoms.  The elections are being boycotted by two of the largest opposition parties, the MRC and the SDF.