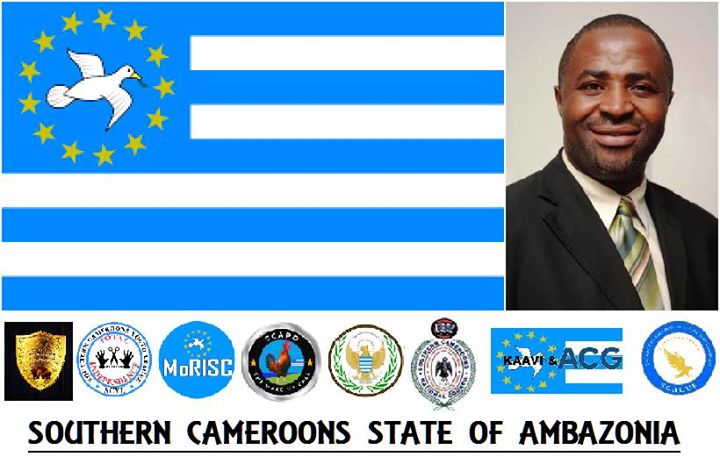 Berlin: Ambazonians in Germany to demonstrate in support of the Interim Head of State 0

Over a thousand Ambazonian citizens in the Federal Republic of Germany are expected to stage a demonstration on Friday the 19th of January 2018 in Berlin in front of the Nigerian embassy. Cameroon Concord News understands the demo is in solidarity with the Interim Head of State of the Federal Republic of Ambazonia, Sisiku Ayuk Tabe and 9 of his top aides arrested in the Nigerian capital city of Abuja by the Department of State Security (DSS).  The Ambazonian anti- Nigerian government protests is also aimed at attracting the German administration to the genocide going on in Southern Cameroons.

Protests are being planned all over Western Europe including the US and Canada. The move was triggered by President Buhari’s negative intervention into the crisis in Southern Cameroons. Demonstrators will be asking that the Nigerian government release the Interim Head of State and his senior advisers currently being held in an undisclosed location in Abuja.

The Ambazonian interim government has put the number of those who have died in the unrest at 732 and has disputed allegations from the Francophone dominated regime in Yaoundé that the Ambazonian  defense force killed Cameroon government security officers.

Southern Cameroonians who will be protesting in Berlin will also ask that the Nigerian government demand that human rights violations in Ambazonia are addressed. There will also be calls for President Biya and his army chiefs to be tried at the International Criminal Court.

By Sonne Peter in Berlin