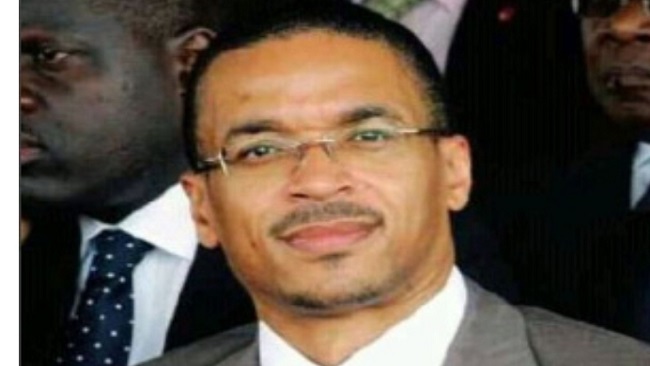 To avoid chaos, anarchy and possible explosion, CPDM apologists and Beti tribal jingoists should perish the thought that Frank Biya will succeed his father as the next President of Cameroon.

In December 2008, a Guinean newspaper published a photo of a frail and ailing President Lansana Conté, who appeared to be struggling to stand up. The photo sparked rumors of the president’s ill health and angered the country’s political elite, who hastily ordered the editor’s arrest. The next day, on the instructions of the security chief, the same newspaper carried an even bigger photo of Mr. Conté on its front page – this time smiling broadly and looking spirited. But Conte died a week later, vindicating the newspaper’s initial resolve to let Guineans know that the president’s health was failing.

The head of the National Assembly, Aboubacar Somparé, later explained that leaders hid the president’s “physical suffering in order to give happiness to Guinea.” Mr. Somparé’s clumsy explanation implied a need to avoid succession squabbles and potential violence. Yet six hours after the president’s death was officially announced, the army staged a coup, suspended the constitution and threw the West African nation into political turmoil.

The same scenario seems to be playing out in Cameroon where speculation is rife and rumors abound that the 87-year-old octogenarian President Paul Biya has groomed his son, Frank Biya to succeed him as president. Cameroon’s socio-economic and political crisis is the inevitable result of poor leadership. In a country where the retirement age is 55 years, the average age of the cabinet is 68 years. The Senate President and constitutional successor to the president, Niat Njifenji Marcel, is 85 and has been recycled in different positions of authority for 58 years. House Speaker, Cavaye Yeguié Djibril is 79 and has been an MP since 1971; and Speaker for the last 27 years and counting. The Chief of Army Staff, Gen. René Claude Meka is 80; the Delegate General for National Security, Martin Mbarga Nguélé is 86 years old.

In a mindless distraction from the urgency of the moment, however, the Betis are not only pre-occupied with confiscating power by foisting Frank Biya on the nation, they find it convenient to embark on their quest in the most insulting manner to the sensibilities of all Cameroonians. It does not require a special skill or intelligence to recognize that Cameroon is sick. Although the Betis who have confiscated power may find it a bitter pill to swallow, Biya like very reluctant mortal will eventually die. It is a sad commentary on the character of Cameroonian politics and politicians that the debate as to who will succeed Biya continues to dominate public discourse despite the clear and unambiguous constitutional provisions about presidential succession. Needless and distracting, it is deafening and getting volatile by the day, threatening the fabrics of the nation. As a matter of fact, this needless debate is the pivot on which every political development and activity in the country today, negative and positive, is anchored.

Within the corridors of power in Cameroon, the topic of succession is twisted by delusions, secrecy and ineptitude. The ruling political party’s strategy over the last four decades is for the Cameroons to be a champion of zero-imagination. They have existed in illusions as if Paul Biya would live forever. They have had over thirty years to devise a progression strategy but have done nothing. Paul Biya and his close acolytes have been lazy and reckless in a crucial leadership responsibility to work out a succession plan for the nation.

The daily rumours and briefings from high level regime officials about the appointment of Franck Biya, the president’s son, as the next head of state has been a showcase of lack of preparedness and exceptional absurdity. The drumbeat for Franck Biya’s coronation from high level regime officials and Biya’s tribesmen is shameful. Cameroon is not a monarchy!

Franck Biya has had a profoundly mysterious existence. It was reported that he abandoned school in the US. Little has been reported and documented about his education and professional life. Cameroon Concord News Group has been allowed official papers that evidenced he was issued a license to exploit and export the country’s timber with impunity through Ingeniere Forestiere (ING-F) which has now been declared bankrupt. The accounts of the business and its paid taxes are non-existent.

The Panana Papers alleged that he owned several bank accounts in financial havens around the world. It was rumoured for decades that he showed no interest in politics. But recent photographs of him in motorcades with huge military presence, released by the inner-circle of the CPDM crime syndicate, have raised eyebrows. Why would a country of 25 million settle for such an experiment in the middle of the worst political and economic crisis to befall it? It would not take a rocket scientist to work out that the plan is to put the best person in place to cover the tracks of the crime syndicate that has ruined the country for four decades.

President Biya, presumably a good student of history and a dramatis personae of the system has had 38 years to change the narrative and halt the nation’s steady decline, but he has failed woefully to rise up to the challenge of personal example which is the hallmark of true leadership. Ironically, Cameroon started out on an excellent note as patriots were not in short supply after unification. With their sterling qualities, the likes of ET Egbe, Achidi Achu, Ayissi Mvodo Victor, Samuel Eboua, Maikano Abdoulaye, Dorothy Njuema, Claude Tchepanou, Andze Tsoungui, Sadou Daoudou, Augustine Federick Kodock, Charles Doumba, Eteki Mbouma, Sengat-Kuo Francois, Andre Ngongang Ouandji, Delphine Tsanga, and many others of that Ahidjo era illuminated the horizon with ideas for a nation bound for the greatest of heights. They were men and women who till date remain beyond compare.

In a civilised democracy, where democratic values and culture have been sufficiently implanted in the soul, mind and spirit of the people and imbibed as tenets and societal norms, the ridiculous notion that Frank Biya can succeed his father as president of Cameroon would pass for a mere mundane issue that is laughable and should attract no further comment. This leadership vacuum created by Biya’s absence has left in its trail, economic crises, political turmoil and wanton impoverishment of the people. Worst still, the prospect of prosperity for all in a land so blessed materially and in every other respect is undermined by corruption. Nothing seems to be working in the country today. To make matters worse, the bond that binds the ethnic nationalities together appears at the very best tenuous, if not snapping, and threatening fundamentally the unity of the country.

It is perhaps right to say at no time has the basis of Cameroon’s existence as a multi-ethnic bilingual nation been as furiously assailed as has been witnessed in recent times. The unity in diversity of the country which hitherto was advertised as its strength has been supplanted by the diversities in the unity, such that an average Cameroonian sees himself first in the mold of his ethnic nationality. This explains why the country is politically weak and structurally fragile, even as the regime insists on its pig-headed war of attrition against Anglophones; a majority of who now favor outright separation from the union with French Cameroon. The rising insecurity and frightening prognostications is exacerbated by poverty and insensitive political leadership that prides itself in a false sense of direction with little or no accomplishments to show.

Amid repeated media reports that Biya is dead, political watchers have determined the president is showing more wear and tear mostly in the form of wrinkles on his face; the declining swagger of his gait; the alleged uncontrollable flatulence and protracted anal blasts and the deterioration in his husky voice even as the subterfuge amongst the President’s men is to insist all is fine even when Biya can barely walk. Over the last thirty-eight years, the moral and intellectual equilibrium has slackened under Mr Paul Biya. Political appointments, personal advancements and many things under his reign have been dependent on an inconceivable degree of tribalism, nepotism and a personality cult around him. Over time, Paul Biya has become increasingly ruthless. Under him, the aggregation of power is unprecedented. It is a cult. He rules predominantly by decree. His parliament is a collection of comedians and common criminals. His 180 parliamentarians and 100 senators are spokespeople, subservient to his CPDM crime syndicate. All ministers and parliamentary comedians are expected to recite from a script written in the presidency. It’s fascinatingly dull and depressing but somehow normal in one of the poorest countries on earth despite being blessed with enormous natural resources.

Paul Biya is old, weak, and medically incontinent. But he is surrounded by hand-clappers and ruthless henchmen. Their determination to stay in power is matched by their viciousness. Franck Biya’s unpreparedness for the presidency is obvious. The argument that one doesn’t need a sound university education to govern a nation is weak and made weaker with the rise of Donald Trump. Cameroon Concord News Group summits that if a man cannot exploit timber for free and export for a profit, such a man is ill-suited for the presidency of a nation.

Cameroon’s current state of economic and political woes demand a man or woman of integrity, equipped with the knowledge of world economics in a fast changing world. The country needs to make a logical choice to clean up the mess of the last thirty-eight years. Cameroon needs a choice to drag the country from the abyss into peace and prosperity. This is not the time for costly political experiments and cover-ups. Generations have been destroyed. This country, blessed with abundant human and natural resources, cannot afford to waste another generation.

The next president of Cameroon should not emerge by accident. He ought to have been cultivated, has a clear pedigree, knows the nation, and has the capacity to capture the imagination of Cameroonians by the way he articulates the problems plaguing the country and seeking solutions to such problems. Nor should he be driven by the modern madness of primitive material accumulation and conspicuous consumption of the Biya regime. He must lead by being led by the people.

Cameroon post-Biya must somehow recapture the true spirit of leadership, of service, of sacrifice. Such new kind of leader must espouse a clear vision for the country. He must possess big dreams for Cameroon and sell it to all and sundry. Unlike Biya, he must be a man capable of empathizing with the people – weeping when the people are hurt, and rejoicing when the people are happy. Such a leader must possess the acumen, candour and courage to weld together all of Cameroon’s disparate parts. Such new kind of leader must not be a man of doubtful character and credibility. He must be someone who finds himself in the nation’s highest office by clear grooming and preparation.

Cameroonians must stop moaning and start questioning those who offer themselves for leadership positions. They must look beyond the immediate gratification and the corrupted process that politicians are pirating. They must back up their desire for a better country, by mobilizing to challenge any such effort to impose Frank Biya as the next president of Cameroon. The country needs a president who can recapture the dreams of our founding fathers and once again, begin the earnest journey to true nationhood.