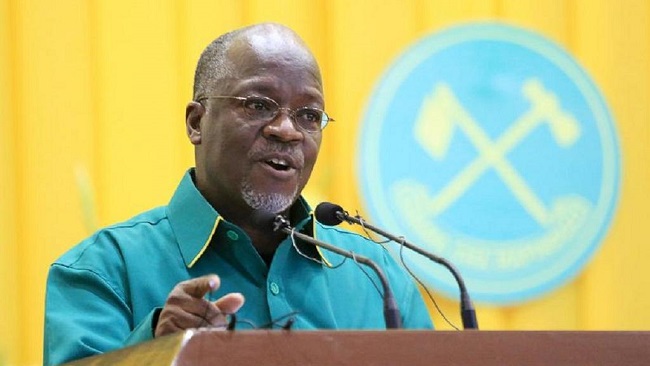 Tanzania’s President John Magufuli has ordered the country’s central bank not to bail out any struggling banks as East Africa’s third-largest economy tries to control rising bad debts in the sector.

A spike in non-performing loans over the past two years has hit local bank profits and choked off new lending to the private sector, undermining economic growth in the country.

Magufuli, who has taken on foreign mining firms since coming to power in 2015, said there would be no state help for lenders, accusing them of misappropriating taxpayers’ funds used to bail them out in the past.

“It’s better to have a few viable banks than dozens of failing banks,” he said late on Friday at the inauguration of a new bank branch in northwestern Tanzania.

“I will not give any money to failing banks.” Tanzania has about 40 licensed banks, but the country’s financial services sector is dominated by only a handful of big lenders, such as CRDB Bank.

Bad debts as a proportion of the total bank loans rose to 11.7 percent in December 2017, more than twice the maximum target of 5 percent, up from 10.6 percent in June 2017, the latest central bank data showed.

The International Monetary Fund (IMF) said in January the growth of credit to the private sector had stagnated, partly due to the deteriorating quality of the loans.

It urged Tanzania’s government to tackle the bad debts as a priority to reduce financial sector vulnerabilities and revive credit growth.

The (central) Bank of Tanzania revoked the licences of five “critically undercapitalised” community banks in January to protect financial stability in the country.

The closure of the small banks came after Magufuli ordered the central bank in December to take action against failing financial institutions. Eight such small regional lenders have lost their licences since last year.