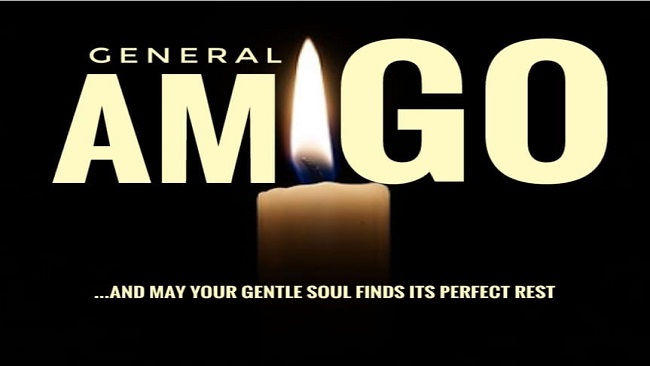 Beware of the vultures of the Ambazonian War of liberation 0

Cameroon Concord News Group deeply regrets the assassination of General Amigo. He was a great hero of the Ambazonian liberation war.   Boyo County of the Northern Zone of the Federal Republic of Ambazonia has lost a great son and soldier but Ambazonia has lost a war hero. The death of this liberation hero must inspire Ambazonians of all walks of life to fight on until the last person standing.  General Amigo like all mortals was never going to live forever. In effect all mortals are bound to submit to the biblical injunction, which commands that from dust we were raised, to dust we must return.  But the cause General Amigo lived and died for will endure forever.

The demise of the Roman empire, the Ottoman empire, the Yugoslav Republic and other human oppressive contraptions that enslaved millions for years was achieved on the weight of the pressures and sacrifices of freedom seeking peoples. These are lessons we must point to, to fight on, in honour of General Amigo, thousands who have lost their lives, and our individual and collective survival.  Let the enemy not rejoice for the cowardly assassination of General Amigo and thousands of Ambazonian civilians and freedom seekers. From the dusts of their lonely graves, their spirits shall rise to inspire our generation and generations unborn to cement the irreversible gains of Ambazonia independence and freedom.  These heroes died defending the sovereign will of an overwhelming majority of Ambazonians who under the Leadership of His Excellency, President Sisiku Ayuk Tabe on October 1 2016, proclaimed the independence of the Federal Republic of Ambazonia from every nook and corner of our Ambazonia fatherland, chanting and pledging that “Ambazonia has risen to fall no more”. Cameroon Concord News Group for this reason joins millions of Ambazonia to eternalize the memory of this great warrior General Amigo and thousands of others who have lost their lives in the defense of the Ambazonia fatherland.

The assassination of General Amigo, and that of many of our fighting self-defense forces, raises questions about the increasing but unchecked degree of infiltration and treachery largely responsible for these painful losses. It is one thing if our heroes died in combat, and another when they are ambushed and slaughtered betrayed by infiltrators, some controlled or manipulated by forces purporting to be fighting for the liberation of our homeland.

It is imperative that after every ambush and assassination such as that of General Amigo, and those of our self-defense forces in Nkambe, parts of Momo, Ngokentunjia and other locations in Ambazonia, we must make a strategic, tactical and forensic analysis of how the attacks occurred and remedy the situation.   Cameroon Concord News Group is conducting a critical examination of the very troubling trend of treachery, infiltration and greed and hereby shares these provisional findings: