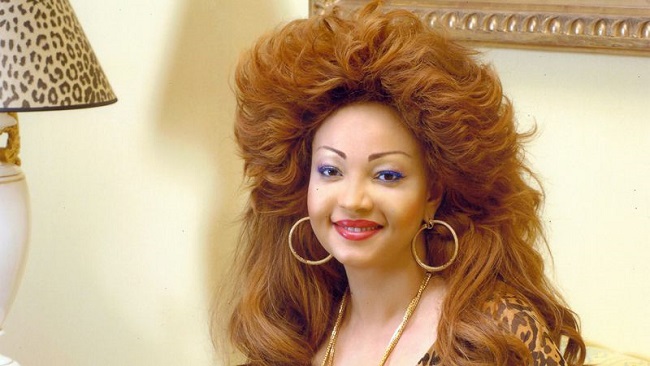 French Cameroun social media users revealed yesterday some very conflicting accounts about the health of Cameroon’s First Lady Chantal Biya who has reportedly vanished from public view ever since her daughter Brenda Biya made disturbing revelations on the situation inside the Unity Palace.

Three sources familiar with the happenings in the Biya family have hinted Cameroon Intelligence Report that things are indeed falling apart for the 86 year old dictator. Other unconfirmed social media reports, attributed to senior Beti Ewondo political elites in Yaoundé, said Chantal Biya had died from an undisclosed illness.

In another version, it was stated that Madam Biya contracted the coronavirus and she is self isolating in Mvomeka’a.

What would happen if Chantal Biya died?

Madam Chantal Biya’s absence is raising eyebrows around the nation’s capital, Yaoundé. But as with all coverage of affairs linked to the first family of the ruling CPDM crime syndicate, the swirl of reports and rumours can be treated only with great caution.

Our Yaoundé city reporter who contributed to this report observed that Chantal Biya was alive and expected to make a public appearance soon, but his comments did not clarify whether she had been suffering from COVID-19.

Questions about Madam Chantal Biya’s whereabouts intensified after her daughter suggested in a recent outing on Face Book that secret service officers at the presidency were planning to kill her.

The corrupt French Cameroun media houses have played down reports on the collapse of the Biya family and no French Cameroun news organisation  has published a story on the numerous videos posted on social media by the twenty-two year old Brenda Biya.

However, speculation about possible power struggles and a transition to the ill-prepared Franck Biya is causing deep alarm in both the northern and southern regions of the country.