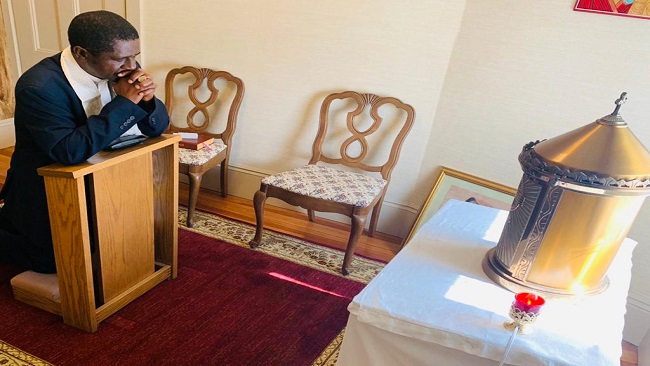 “Raise not your hand against the Anointed of Yahweh”(1Sam.26:11)

(Pastoral Letter to all the Christians and People of Good will in the Diocese of Mamfe about the recent Kidnapping of Priests in Central Ejagham Area, in Mamfe Diocese)

My dear People of God,

“My people, what have I done to you? How have I offended you? Answer me.

I pray for you everyday and celebrate Masses for you; but you have wished evil on me.

In the confessional I bring you freedom from sin; but you have led me to captivity with your guns.

Through Caritas I bring food to your hungry, bring medication to those who are sick, and bring the pregnant women to the hospital; but you threaten me with death.

I have suffered with you to protect you, cried with you for the dead; but now you turn round to destroy me.

I have built churches for you, presbyteries, schools etc, but today you pull me out of the mission house and turn me to an Internally Displaced Person without shelter.

My people, what have I done to you? How have I offended you? Answer me.”

May Mary the Queen of Peace intercede for us and may God bless the people of Mamfe Diocese.

Given in Mamfe, this 9th Day of November, 2019, the Feast of the Dedication of the Lateran Basilica.