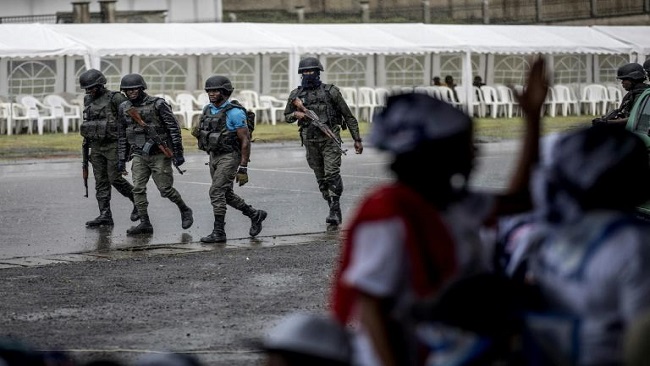 Cameroon government officials are quietly relieved that, during its recent condemnation of the killings at Ngarbuh, the United States administration made no commitment to eventual US recognition of an independent state of Southern Cameroons-Ambazonia.

Less pleasing in the Biya Francophone Beti Ewondo government eyes is the fact that the United States government has asked for witnesses to be protected and for an independent investigation to be carried out. And above all, the Trump administration is still not saying whether or not the international community plans to refer the Southern Cameroons crisis to the International Criminal Court.

And most worrying of all is the warning from the US Assistant Secretary of State for African Affairs, Tibor Peter Nagy Jr that the military campaign ordered by the 87 year old Francophone dictator in Southern Cameroons must stop.

Mr Paul Biya, transparently blamed by the international community for his poor handling of the crisis in Southern Cameroons has not gone beyond France ever since the Swiss government forced him to leave his holiday resort in Geneva last year.

And US officials including Ambassador Peter Henry Barlerin are adamant that the killing of innocent Southern Cameroons civilians including women and children by the Francophone dominated Cameroon government military must come to an end.

We understand the United States and the European Union have decided at least for now not to join the people of Southern Cameroons who are seeking an independent state of Ambazonia, but senior EU and US Administration officials say that they have urged President Biya to end the war in Southern Cameroons or face severe consequences.

We gathered that US Assistant Secretary of State, Hon. Tibor Peter Nagy recently pledged that the United States would intervene with its European allies to accelerate negotiations on a permanent peace deal.

Biya and his Beti Ewondo political elites are still holding strong to their one and indivisible Cameroon doctrine in a country where the economy is on the brink and the politics has evolved from a struggling democracy to a full-blown dictatorship.

Elsewhere, Friday 21st February 2020 was the day set by His Lordship Bishop George Nkuo Bishop of the Roman Catholic Diocese of Kumbo as a day of prayer and mourning for those killed in Ngarbuh by French Cameroun army soldiers.

A Requiem Mass celebrated by the Bishop of Kumbo accompanied by his Eminence Christian Cardinal Tumi and a college of priests at Kumbo Cathedral witnessed Catholic Christians, Protestants, and non Christians in and around Kumbo joining the Bishop to pray for the 24 people killed and the many rendered homeless.