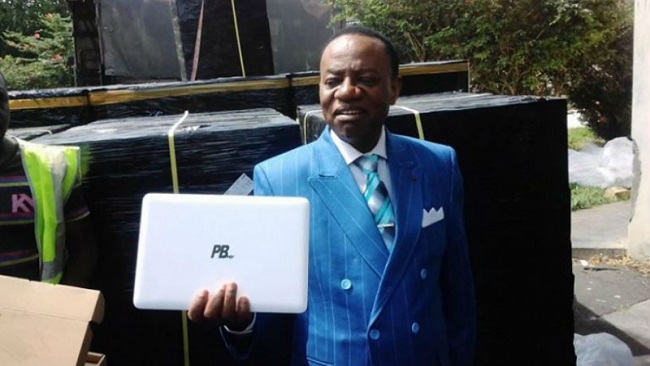 President Paul Biya has ordered an investigation into what is now called, the business of PB HEV computers. The 84 year old announced a higher education vision two years ago and promised Cameroonian students a computer lap top each for their studies.

Cameroon Concord News has learned that the Yaoundé regime has summoned the boss of the Chinese company that manufactured and delivered the computers for an explanation. Our informant hinted that there is strong evidence of misappropriation of public funds, weighing on Jacques Fame Ndongo, the Minister of Higher Education and his entourage, who traveled to China to fulfill the promise of the head of the State.

The investigation is also targeting the role of some highly placed government stakeholders in the computer acquisition process. The cost of the transaction was 150 billion FCFA, or 300,000 FCFA per computer.  However, Cameroon experts now say instead of computers, students received notebooks and have been auctioning them on the local market for 50,000 and 75,000 FCFA, that is to say, 4 times cheaper than the price budgeted by the Biya regime.

IT students found out that the hard disks have a capacity of 32 instead of 500 GB.  Atsa Etoundi, Director of Computer Systems at the Ministry of Higher Education has been all over the place attempting a justification that “32 GB = 500 GB is a new technology”. Many Cameroonian computer experts have raised a finger against Mr. Etoundi.

The Biya computer affair has been painted in Yaoundé as a massive embezzlement scheme in which several members of the government are involved. Jacques Fame Ndongo is considered one of the pillars of the CPDM crime syndicate. He is sometimes presented as the chairman of President Biya’s speech committee. With a head of state, who intends to hold on to power in a full election year and committed to win back students, there are indications Biya will part ways with Minister Fame Ndongo.