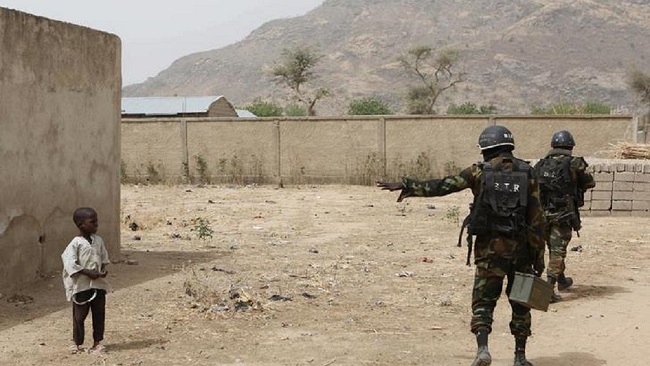 The governor of the North West region has extended a curfew restricting movement of persons and property from 8PM to 6AM, a decision he says was taken because of ‘growing threats of secessionist activists against the forces of law and order’.

The curfew which was first imposed in the Anglophone Northwest and Southwest regions two weeks ago has been extended for a week.

The week long curfew is renewable in the ‘quest for a long lasting return to normalcy’. 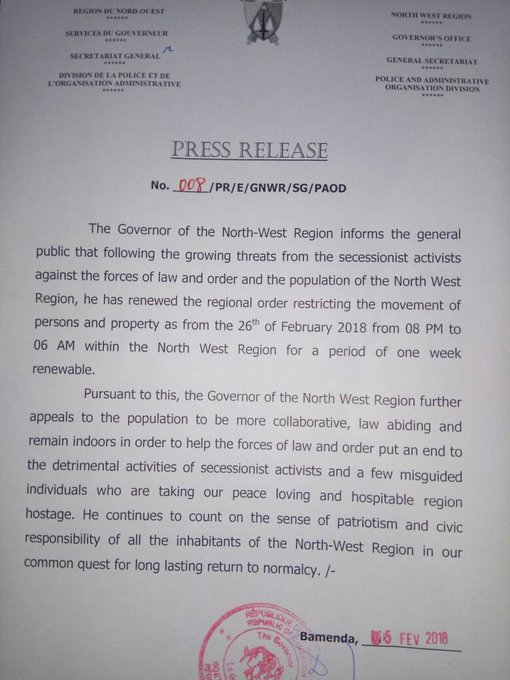 The curfew orders are as follows;

The security forces in the North West region including the recently created military region based in Bamenda, are charged with implementing the curfew.

What began in 2017 as peaceful protests by Anglophone activists against perceived marginalization by Cameroon’s Francophone-dominated elite has become the gravest challenge yet to President Paul Biya, who is expected to seek to renew his 35-years in power in an election next year.

Government repression – including ordering thousands of villagers in the Anglophone southwest to leave their homes – has driven support for a once-fringe secessionist movement, stoking a lethal cycle of violence.

The secessionists declared an independent state called Ambazonia on Oct. 1. Since then, violent scenes that have resulted in loss of lives for both the secessionists and government forces have played out in the Northwest region, whose capital is Bamenda.