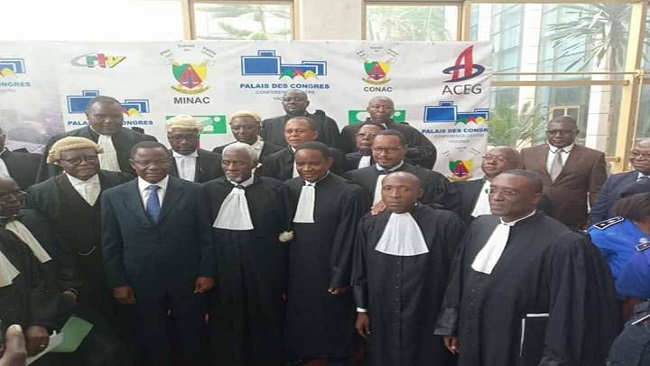 Cameroon on Monday handed a two-year jail term to Mamadou Mota, first vice-chairman of the opposition Movement for the Rebirth of Cameroon led by Maurice Kamto.

Mota told AFP his punishment was “purely political” after he was tried over his role in a July 22 insurrection at Yaounde’s central prison where he has been held since June after participating in anti-regime protests.

The court found Mota guilty of “group rebellion” — but he insisted: “I am not a rebel.

“When the mutiny happened I was called on by the governor to calm the inmates,” Mota told AFP.

“We are going to appeal this sentence as no proof has been offered to back this accusation,” MRC lawyer Emmanuel Simh said.

Twelve other people, including another member of Cameroon’s Anglophone minority, Mancho Bibixy, also received a two-year term, with two others handed three-year sentences.

Most of those sentenced were Anglophones, with the remainder from the MRC.

The July 22 mutiny, which saw inmates demand better conditions, came at the height of opposition protests following the re-election in October last year of President Paul Biya, in power for 36 years.

Kamto, Cameroon’s main opposition leader and who unsuccessfully claimed victory in the election, went on trial with 88 others in a military court last Friday on insurrection, hostility to the motherland and rebellion charges — crimes which could carry the death penalty.

Their trial is scheduled for October 8.

The past two years have seen Cameroon mired in ethnic unrest leading to hundreds of deaths, with English-speaking separatists demanding independence in two western regions. Some 500,000 people have been forced from their homes as a result.

In a video posted to social media in the wake of the prison mutiny, Mota appeared among the demonstrators demanding better rations for prisoners.

He had been arrested in early June for attending an anti-government protest and for slamming the election result, which he termed an “electoral hold-up.”