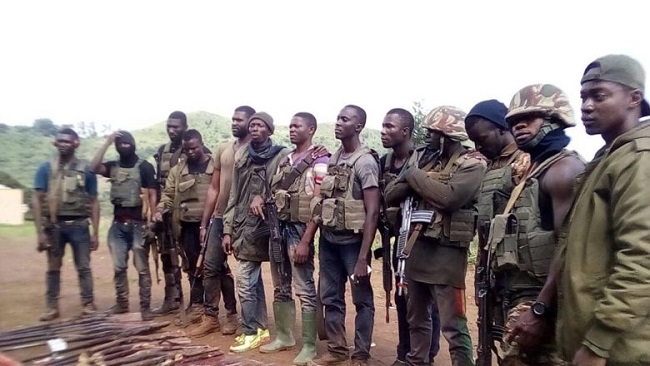 Cameroon’s National Committee on Disarmament, Demobilisation and Reintegration (NCDDR) said Tuesday that in the past five months 165 fighters in the Far-North region and two English-speaking regions of the country have “voluntarily” laid down their weapons “to embrace normal life”.

“We have 35 of them in Bamenda in the Northwest region, 21 in Buea in the Southwest region, mostly men and a few young women, and we have 109 in Mora in the Far North. The numbers may seem small but I think we are doing a lot because in addition to these numbers, we have hundreds of them who have laid down their arms but have not come to us yet,” Francis Fai Yengo, national coordinator of NCDDR, told reporters after briefing the prime minister and other senior government officials of the new development.

NCDDR will provide professional training and host the ex-combatants in rehabilitation centers across the country, Yengo said.

“We are going gradually but surely. We will demobolize them. They are going to move to the centers when the security situation is better,” he said.

Cameroon is facing serious security challenges in the two Anglophone regions of Northwest and Southwest where separatists want to create an independent nation. In the Far North, where terror group Boko Haram is intensifying attacks on civilians and government forces.