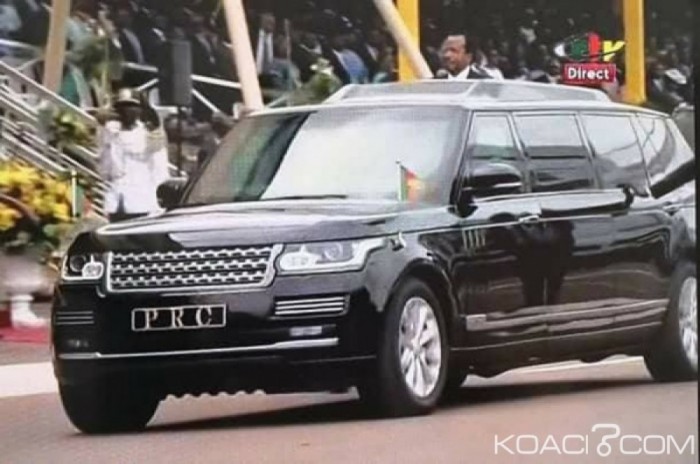 Southern Cameroonians have always been fed stories about this little Roman Catholic seminarian from Mvomeka’a who eventually became president of the then United Republic on November 6th 1982.  President Biya is now very far from the image conveyed by his autobiographers- that he was a modest man with a decent lifestyle. The 85 year old dictator has added a rolling fortress to his convoy of expensive cars. This time around, it is a Range Rover Klassen convertible.

Nothing can best represent an immoral and a failed society than the fact that an 85 year old leader is still excited about cars. Paul Biya arrived the 20th May Boulevard in Yaoundé to preside over the civil and military parade of the 46th edition of the so-called national day in armored and customized version of a Range Rover KLASSEN. 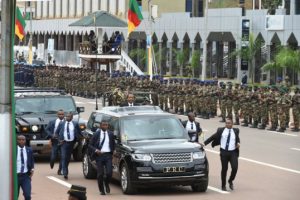 The car is extremely long and among the most expensive on the planet. It is also currently the most luxurious, sophisticated and ultra secure automobiles mankind ever produced. President Biya’s new Range Rover has a bulletproof capacity capable of withstanding 7.62 calibers and any violent explosion of approximately 15 kilograms or a DM51 grenade. It has all sought of electronic devices and its special 20-inch alloy wheels allow the vehicle to roll even with flat tires.

The passenger compartment was specially designed at the King’s command and is shielded with 6 pieces of steel. Its price far exceeds 400,000 Euros excluding taxes. All this for the Right Royal President