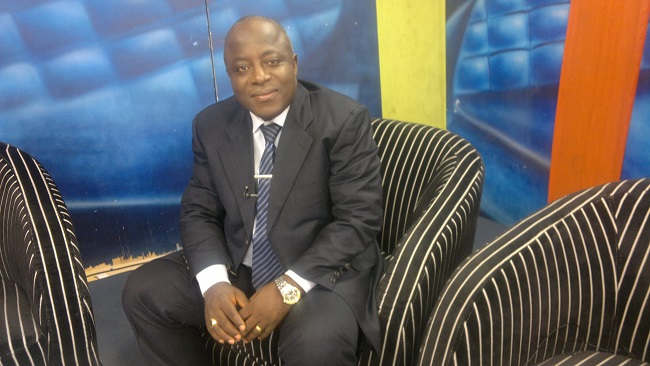 Truth is indeed a crime in an empire of liars. It is quite clear that the Biya regime is founded on lies and has been trading on that path ever since the April 6th 1984 coup. As renowned Southern Cameroon journalists and media outlets are well known today with their excellence in investigative journalism and true reportage of news, in La Republique du Cameroun today, the case is different as almost all Anglophone media outlets are constantly being paid by the CPDM crime syndicate and given directions on what to broadcast and publish in their newsstands regarding the Southern Cameroons crisis. What a shame and disgrace to modern journalism.

Cameroon Intelligence Report gathered that lately, Ashu Nyenty and a group of Anglophone media gurus have yet again, taken to the CPDM path of blackmail, propaganda and lies against Sisiku Ayuk Tabe-the man heading the most peaceful and most behaved large number of agitators in the Sub Saharan African region in order to drag their prestige into the mud.

We of the Cameroon Concord News Group have received intelligence that the presidency of the republic has made available 275 million FCFA to a group of Anglophone journalists calling itself Cameroon Journalists Coalition for Peace Caravan. We were also informed that the two installment payments were made via Minister Mengot. Our chief intelligence officer in Yaoundé is yet to confirm the correctness of this information. But what we do know is that the Biya regime is sending the Anglophone media men and women on a journey of many dangers to Nigeria to persuade Cameroonian refugees to return home.

We understand that the Anglophone media gang has also been given directives to publicly seek for funding on lame and ridiculous reasons that they intend to take along some food and medical supplies to Ambazonians currently suffering in Nigeria.

Ever since President Biya ordered the murderous Francophone dominated armed forces to shoot and kill innocent Anglophone civilians, these Anglophone media men and women have reported such news using the word ‘CLASH’. However, in the words of Bishop Andrew Nkea of the Mamfe Diocese, “Kembong people are not running away from attackers, but from the military which is supposed to be protecting them,”

It is quite laughable that handlers of the Cameroon news agencies have over the last few days been struggling to indict Sisiku Ayuk Tabe and 9 other members of the Interim Government abducted in Abuja as criminals with his kinsmen Samuel-Martin Enoh Besong and Abraham Johnson Batey Batey calling for the Sisiku to be executed. Wonders shall never cease so long as Cameroon, a theater of absurdities, is concerned.

The Indigenous People of Southern Cameroons will not sit and watch the Francophone dominated army and their brown envelope news agencies drag its hard-earned reputation to the mud. Ambazonians will fight Yaoundé headlong with the only weapon we have which is ‘truth’ and we are publishing the Ashu Nyenty-Biya regime scheme for the world to know those who have been misleading the public with various degrees of lies  so as to hold them responsible for the ongoing genocide in Southern Cameroons taking place as a result of their constant lies to the entire public. Mr Ashu Nyenty posted this message on a forum grouping Southern Cameroons media gurus:

Pursuant to the announcement of the beginning of the initiative called: Cameroon Journalists Coalition for Peace Caravan intended to go to Nigeria and persuade Cameroonian refugees to return home and also to take along some food and medical supplies to them, contributions have opened for all Cameroonian journalists and other well wishers who support this initiative.

In this regard, an MTN mobile money account has been created with the number: 654336313. Since mobile money does not take note of sender, for purposes of accountability and transparency any contributor should immediately call the same number. A young lady will take the call and note the identity of the donor. Every day from this Tuesday the daily list of donors will be published on all journalists’ platforms. This exercise is scheduled to end on the 26 of January, 2018 and our trip to Nigeria should take place within one week from then. Thanks for your generosity and cooperation.

From the evidence handed to our London desk, we understand that the money paid to Mr Ashu Nyenty is to fund a fake campaign to lure Ambazonians to return home and be arrested and killed and above all, to keep making a mockery of Sisiku Ayuk Tabe, the Interim Head of State of the Federal Republic of Ambazonia.

“On earlier occasions they had made futile attempts to get Jesus into their hands;c and they were naturally dubious as to the outcome of their later machinations. At this juncture they were encouraged and gladdened in their wicked plots by the appearance of an unexpected ally. Judas Iscariot, one of the Twelve, sought an audience with these rulers of the Jews, and infamously offered to betray his Lord into their hands.d Under the impulse of diabolic avarice, which, however, was probably but a secondary element in the real cause of his perfidious treachery, he bargained to sell his Master for money, and chaffered with the priestly purchasers over the price of the Savior’s blood. “What will ye give me?” he asked; “and they covenanted with him for thirty pieces of silver.”e”