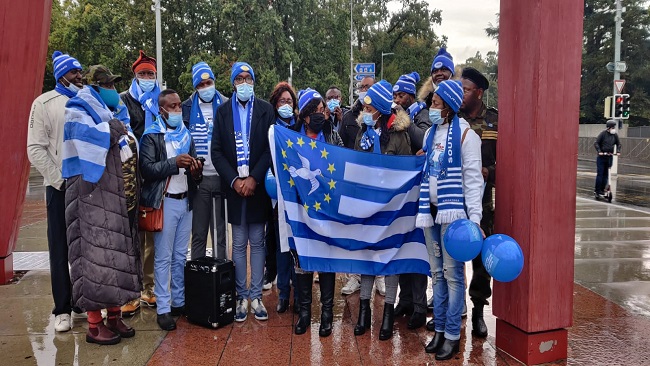 Bloodshed has continued to rock Southern Cameroons as Vice President Dabney Yerima traveled to Switzerland for a protest march with Ambazonians to commemorate October 1.

Yerima and his entourage attended a pictorial ceremony in Geneva for President Sisiku Ayuk Tabe, before moving on to the venue for the Independence Day celebration.

A Dabney Yerima spokesman was quoted as saying that the exiled leader offered his gratitude to Southern Cameroonians residing in Switzerland for their support to the Southern Cameroons war of independence.

No peace in sight

Fighting has continued unabated in Southern Cameroons, an indication that the crisis is badly in need of a UN Security Council Resolution. The UN reported an additional 1,000 deaths in recent times indicating how tense the crisis is.

The U.N. also revealed that the Southern Cameroons war has forced more than 500,000 people to flee their homes since the conflict erupted in late 2017. Ongoing armed clashes, civilian casualties and the burning of houses, hospitals and other infrastructure are causing further displacement.

Michael Bibi, auxiliary administrator of the Southern Cameroons Catholic Diocese of Buea, who took part at the so-called National Dialogue, says the regime in Yaoundé should negotiate a cease-fire for peace to return.