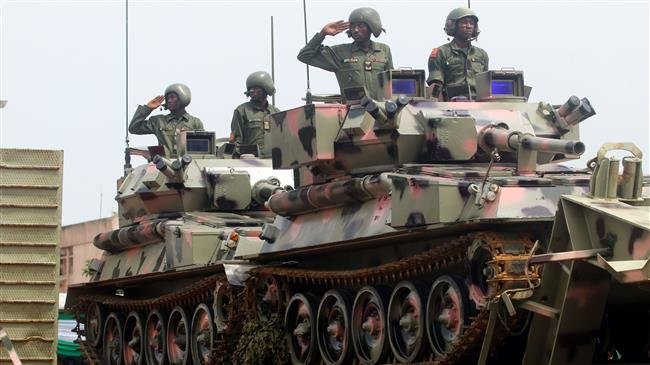 “BHTs (Boko Haram terrorists) in 13 gun trucks…advanced towards the camp from two different directions,” Daramola said in a statement.

“One soldier was killed in action while four others were wounded,” said the Nigerian army in a statement posted on its official Twitter account.

The army repelled an assault on Gashigar in September by militants in trucks mounted with anti-aircraft guns.

There have been at least nine military base attacks since July, mostly in the northern part of Borno state, near the shores of Lake Chad.

Boko Haram has in recent months intensified attacks on military bases in Borno and nearby Yobe state, undermining repeated claims by the military that they have the upper hand.

Scores of soldiers have been killed, injured or missing in attacks but the military has repeatedly denied or played down losses to the militants.

More than 27,000 people have been killed in northeast Nigeria since the Boko Haram insurgency began in 2009, while nearly two million others remain homeless.