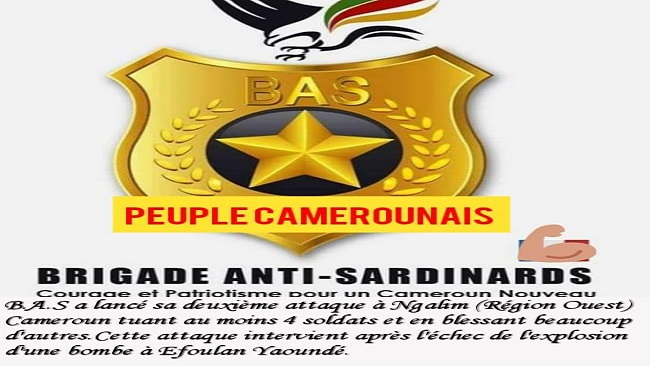 Travel, once the ultimate status symbol for Cameroon’s political elite, has become a nightmare for this most privileged class.

It feels like everywhere they turn there’s an angry mob ready to heckle, jeer, and interrupt their activities. Unable to freely protest in their homeland, Cameroonians living overseas have devised a strategy to make their voices heard where they can’t be arrested and charged with dissent.

At the start, these protests on foreign soil were spontaneous and carried out by a few who would find out where their target was staying or working and then ambush them. The deepening Anglophone Crisis and hotly-contested presidential elections in 2018 have pushed the protesters into more organized groups who travel around Europe and America hunting down Cameroonian officials to denounce. Groups from both Francophone and Anglophone Cameroon are partnering to advance their common cause. Francophone Cameroon protesters ultimately want regime change while Anglophone protesters are pushing for secession, but both camps agree on the fundamental issue of human rights and abuses back home.

At home, the jury is still out on the merits of embarrassing government officials on foreign soil. On TV and radio, some pundits have been coy, but there’s a naughty sense of amusement about these protests when people feel safe to talk. There’s strong support online for this kind of retribution, but its critics point out that no matter what’s happening, Cameroonians abroad have no right to bring the country and its symbols into disrepute.

Brigade Anti-Sardinards (BAS), Ambazonians (Anglophone Cameroonians fighting for independence), and their allies aren’t holding back. On September 22, 2017, Ambazonians organized an unprecedented global protest at home and abroad that targeted the U.N. General Assembly in New York. That particular protest saw millions in blue and white wailing at the headquarters of the U.N. and other stations in London, Berlin, Geneva, Cape Town, Johannesburg, Washington, D.C., and several others. On their part, BAS has developed an uncanny ability to suss the hideouts of Cameroon’s top officials. Several riots at Switzerland’s InterContinental Hotel, the favorite getaway of Cameroonian President Paul Biya, have led the city’s administration to contemplate the damage to its reputation. The Geneva Council even held a vote to decide if they should declare Biya persona non grata, a poll which he won 43-27.

At last year’s Paris Peace Forum which President Biya attended, BAS made its presence felt with rallies around the events. They even gathered outside the president’s hotel in Paris to protest. Apart from targeting events and vacations, the protesters have also aimed their anger at Cameroon’s embassies abroad. In a coordinated move, they vandalized Cameroon’s embassies in Berlin, Paris, and Brussels on January 26, 2019. Many demonstrations have been staged outside the Cameroonian embassy in London, which has become a fixture in the protest calendar when Ambazonians celebrate their independence on October 1.

Prominent among the demonstrators is the leader of BAS France, Calibri Calibro, whose given name is Abdoulaye Thiam. He has shown a dogged determination to the cause over the years and is a real rallying force within the Cameroonian diaspora. He forced his way into the presence of French President Emmanuel Macron, who stopped to listen to his pleas for France’s intervention in Cameroon’s conflicts. Many believe that the encounter led to the release of Cameroonian opposition leader Maurice Kamto, who’d been in jail since organizing protests to overturn the 2018 election results. Not one to shy away from controversy, Calibro led another group of protesters into a church in France where a Cameroonian minister’s family was attending mass. The president’s daughter was also targeted during her stay at the Hotel Plaza Athenee, a luxurious hotel overlooking the Eiffel Tower in Paris with great views of the Arc de Triomphe and the Seine. Calibro’s activism is born out of the arduous journey he made from Cameroon to Europe on foot, a perilous journey that has killed many Africans trying to find a better life. His experience crossing the Mediterranean Sea hardened his resolve to fight the regime from abroad and his coalition for change, or at least chaos, isn’t relenting.

The bad news for government officials and their families is the level of grassroots work and organization that is going into the effort to make their trips uncomfortable and their hosts reluctant to accommodate them. This doesn’t look like something that’ll change any time soon. The Anglophone and Francophone groups have put together structures to inform, travel, and collect donations. They’re recruiting lawyers and lobbying international allies sympathetic to their cause. They can also easily track flights to monitor their targets, and always record videos that quickly spread over the internet. In their defense, the protesters argue that this campaign of shaming is yielding results. A well-documented traveler with extended vacations abroad, President Biya’s trips are noticeably less frequent.

Apart from what is happening back home, the Cameroonian diaspora has its grievances to contend with. First, the political climate in their host countries has become hostile as the global economy stalls and anti-immigration sentiments rise. Many worry about their future and need real change to happen in their country if they ever have to go back. Dual citizenship also is not permitted in Cameroon, forcing many to choose between the privileges of a foreign passport and their home country. A foreign passport means they give up their privileges when they return home, making it harder to invest and give back to their communities.

The victims of this law are quick to point out the hypocrisy in its implementation, citing high profile figures like footballers who play for Cameroon while carrying foreign passports, or government officials they claim secretly have dual citizenship. These and other grievances are still up for debate in parliament and on the street. In the meantime, the mobs keep jeering, marching, and pelting their prey with eggs and tomatoes while their hosts stand in between, puzzled.