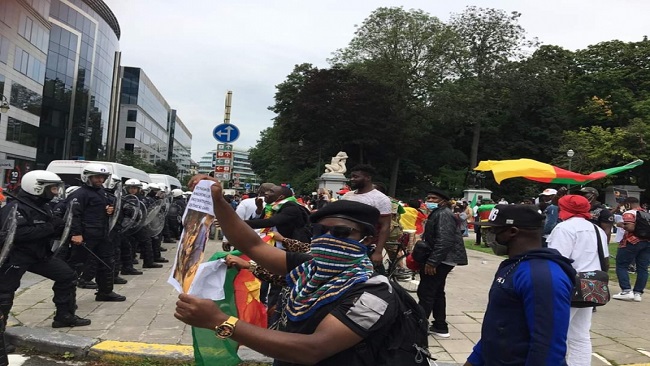 Scores of French speaking Cameroonians, gathered today Friday, July 17, 2020 in front of the headquarters of the European Union Commission in Brussels, the capital of Belgium to call for EU intervention in Cameroon.

The rally, which was staged by several French Cameroun diaspora organizations, was aimed at denouncing the policy of President Paul Biya in Southern Cameroons.

Some of the protesters carried placards calling for an end to the killings going on in Southern Cameroons, reforming the French Cameroun Electoral Code and for President Biya to step down.

The Belgian police were on hand to prevent any excesses.  Tear gas was fired but no major incidents were reported.