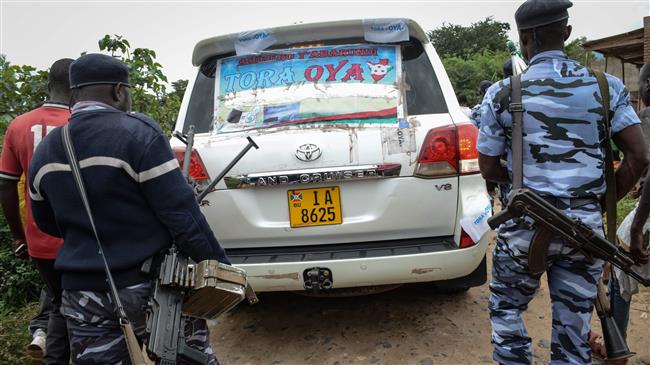 At least 26 people have been killed in an attack by gunmen in a village in northwestern Burundi, says an official, days ahead of a constitutional referendum which could enable President Pierre Nkurunziza to stay in power for 16 more years.

The attack was carried out in the province of Cibitoke, which borders the Democratic Republic of the Congo (DRC) and Rwanda, on Friday night.

Burundian Minister of Security Alain Guillaume Bunyoni said in a statement on Saturday that seven others were wounded by the attackers, who were “terrorists” from the neighboring Democratic Republic of the Congo. “The terrorists coming from and returning to Congo shot and burned: 26 dead and seven wounded.”

Witnesses told AFP that during the hours-long violence, the attackers armed with guns and knives killed dozens of people and also set fire to buildings.

“These criminals went house to house and committed real carnage,” said a local official speaking on condition of anonymity. He said he was “horrified” by the violence.

“Some of the victims were stabbed, others were shot, there is even a whole family that was burned alive in their home,” he said.

The motive behind the incident remains unknown, but local residents said the unidentified attackers crossed into the DRC after carrying out the assault.

“For now, these criminals have not been identified, but an investigation is underway to determine their identity,” said a police officer, speaking on condition of anonymity.

The attack came just days ahead of a constitutional referendum on May 17, which could see Nkurunziza rule until 2034.

Burundi has in recent weeks deployed military units to borders with Rwanda and the DRC, accusing exiled opposition groups of attempting to disrupt the referendum.

Human Rights Watch said in a report last month that Burundi government forces and ruling party members had killed, beaten, and intimidated perceived opponents of the referendum in a bid to ensure Nkurunziza’s victory.

Burundi descended into chaos since April 2015, after Nkurunziza announced his plan for a third term in power, despite the county’s constitution limiting leaders to a maximum of two terms.

However, Nkurunziza’s government argued that his first term didn’t count towards the limit as he was elected by parliament, not a public vote.