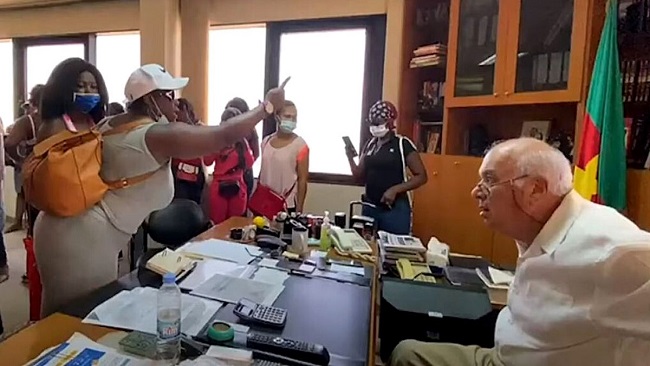 Cameroonian women have been waiting for over six months, according to This Is Lebanon.

After the terrifying explosion on August 4th, Cameroonian women began to protest at their Consulate in Dbayeh, north of Beirut.

They are accusing the consulate of intentionally blocking the repatriation process of Cameroonian women stranded in Lebanon.

According to the activist group, each woman paid $800 to Honorary Consul Jean Abboud in order to process their Emergency Travel Certificate but they were given no confirmation about when they will be able to return home.

The process has been tedious with no end in sight.

Furthermore, the stranded women have complained of being mistreated by their consulate and facing discrimination by the Honorary Consul’s Secretary, Georgette Chidiac, saying that she doesn’t treat them as humans.

“She should work for us,” they said. “The Cameroonian government pays her each month.”

The Cameroonian women have since reached out to the General Security for help and were asked to provide a full list of names of those who need Emergency Travel Certificate.

However, the Consulate reportedly refused aid and “interference from outside.”

The activist group shared a WhatsApp conversation of a woman from New Zealand inquiring with the consulate about the status of the women.

The consulate’s reply seems ambiguous, and what could be understood from it is the consulate’s claim that the girls are its responsibility and that they are illegal, and some blame directed at “mafia.”

It is unclear, though, why the consulate is unwilling to provide the list of names and hand over the repatriation process to Lebanon’s General Security.

Recently, General Security took over the repatriation process of stranded Kenyan workers who also accused their consulate of mistreating them.

They have also facilitated the successful home-return of 48 Ethiopians, all thanks to “outside interference,” which is basically the local authorities and activists, and the International Organization for Migration.

However, good news has come. The961 was able to get in touch with the social initiative Help_Them_Home which said, “General Security has said as of Monday they will start to process the documents for the women, bypassing the consulate.”