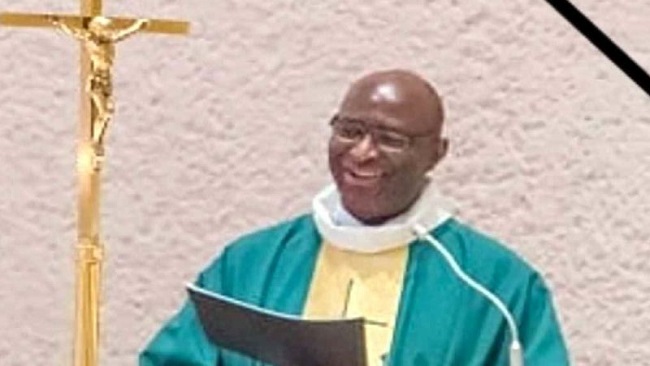 Archbishop Heiner Koch of Berlin paid tribute to Fr Alain-Florent Gandoulou, the head of the archdiocese’s French-speaking ministry, who was murdered in his office.

Archbishop Koch said Fr Gandoulou, born in the Republic of Congo, “applied himself with great engagement to his community, whose members come from every French-speaking country in the world.”

“His musical talent that he brought to Masses and presentations deeply affected the community,” said Archbishop Koch. “Fr Gandoulou was like a father to believers (and he) was also approachable in social matters.”

The archbishop said Fr Gandoulou was a dynamic catechist who promoted teaching and faith-building for people of all ages. In addition to his parish duties, since 2011, he worked as a counsellor at Berlin’s Sacred Heart Parish.

The archbishop said he would celebrate a special Mass on March 2 to pray for the priest and for his murderer. Afterwards, Fr Gandoulou’s remains will be returned to his hometown in the Archdiocese of Brazzaville, Republic of Congo, for burial.

Late on February 22, police responded to a call from witnesses reporting a loud argument. Police say Fr Gandoulou sustained fatal injuries from being beaten with objects and was stabbed in the head with an umbrella tip, according to Bild newspaper.

A 26-year-old man from Cameroon was arrested in connection with the crime. The suspect has since been detained in a psychiatric ward. Police have not released the suspect’s name, and no motive has been established.