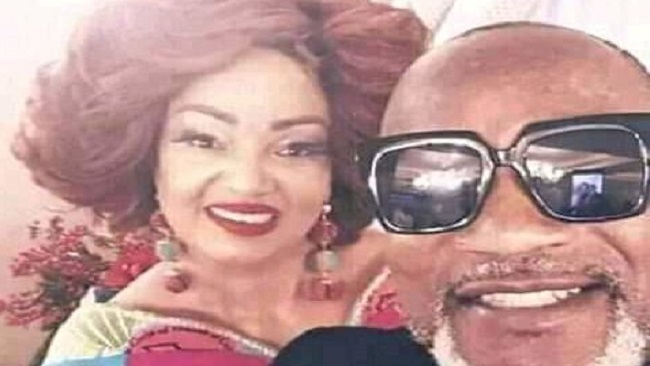 Skin whitening is no longer a strictly female affair. With so many cosmetic products, men are getting into it too, reducing their melanin levels in order, they say, to “look better”. However, some fear that skin whitening might not only lead to medical problems, but also a loss of identity.

“I always wanted to have lighter skin. I find it cleaner and more presentable. I buy cosmetic products once in two months. It’s not to imitate women, it’s my personal choice”, Séverin, a travel agency manager from Douala, who started lightening his skin several years ago, said.

It is no longer surprising to see a man with black arms or legs and with a lightened face on the streets of the country’s large cities. Some are following fashion, while others want to look like their favourite celebrities. This is the case of Kévine. At 28, this aspiring singer admits to having started whitening his skin to look like his idols.

“I’m a fan of some Congolese celebrities who have lightened skin. The skin of many of those who I admire has become lighter over time. And since I identify with some, of them, I try to be like them by using skin depigmenting products”, he said.

The phenomenon is gaining ground. Beauty stores have noted their new clientele. Karest, a perfume shop manager from Douala, admits having been surprised by men contacting her via social networks to place orders.

“The first time a man contacted me [to buy these products], he told me that he was buying them for his wife. But I ended up realising that those products were for him. He said that next time he bought them, admitting the change and effectiveness. Every week, I get at least five orders from men”, she said.

Online stores have dozens of male customers. Non-lightening cosmetics seller Lucy Ngah confirms this. According to her, most men use products that she sells to smooth out the effects of skin whitening products.

“Some of my male clients who lighten their skin often buy natural soap to reduce the negative effects on their skin, such as greenish veins that appear, acne and redness”, she said.

“From the psychological point of view, skin lightening is a rejection of one’s self-image and a desire to change oneself in accordance with the ideal created in one’s mind. The main motivation of both men and women stems from being admired or lack of admiration”, the specialist explained.

According to the psychosociologist, this behaviour results from the “prestige” of white-skinned people, as well as other people with a light skin tones, in Africa. In addition, some start lightening their skin to imitate others, or to demonstrate their socioeconomic success.

“In sub-Saharan Africa, fair skin is considered very close to the white ideal. By the way, mestizos are very popular. Fair skin is also proof of the economic status, which makes it possible to make the skin tone you want. Ultimately, the main motivation is the inferiority complex regarding to the natural skin colour”.

The negative impact of skin lightening is not only limited to psychological disorders, of which it is indicative. This social phenomenon also indicates serious health problems. In a country where they are struggling with fake medicines, which can still be found on the market, many cosmetic products enter the market without having previously obtained the necessary authorisations.

Cameroon regularly holds awareness campaigns to draw attention to the long-term effects of skin lightening, but apparently they are ineffective. Until minds change, people will continue lightening their skin…