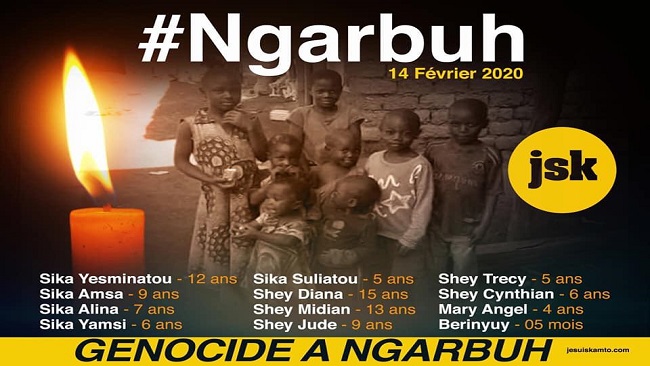 Just over four months ago, security forces and armed ethnic Fulani men massacred 21 civilians, including 13 children, in Ngarbuh, a remote village in the North-West region of Cameroon. Most of the bodies were found completely burned.  The killings were the most blatant example of abuse by security forces in the country’s Anglophone regions, but they may serve as a catalyst for accountability and, eventually, change.

Initially the government denied the army was involved in the killings and instead embarked on a smear campaign against human rights organisations and media, which had exposed and denounced the massacre. But, on March 1, following international pressure, Cameroon’s President Paul Biya agreed to establish a commission of inquiry into the killings. There were worries that this may have been an empty promise, especially as the Covid-19 pandemic looked to take over the world’s attention. But on April 21, the Cameroon government admitted their security forces bear some responsibility for the killings.

To be sure, there are concerns over some of the key points of the government’s investigation, especially with respect to the timeline around the attack and the number of people killed. More importantly, the commission’s findings cut the line of responsibility too far down, going after low ranking soldiers and there is a deafening silence from the government as to the role of the Rapid Intervention Battalion (BIR), an elite unit of the army, in the killings. But the investigation led to the arrest of two soldiers and a gendarme last week, one of the few times the government has shown its willingness to hold its own forces accountable for serious crimes.

Impunity is a key driver of the crisis in the Anglophone regions and very few people responsible for serious crimes have been held accountable since it began in late 2016.

While a more in-depth investigation is needed to establish a clear timeline of events and to identify all those responsible, including anyone further up the chain of command we should not underestimate that since the killings, only four months ago, we have gone from blanket denials to an investigation, a statement from the Presidency and now arrests. These mark steps in the right direction – an indication of government willingness to consider accountability for serious crimes committed by its own troops.

For the people of Ngarbuh, accountability cannot come too soon. Last month, the army and gendarmes established a base in the village, striking fear amongst residents. “The images of the killings are still vivid,” one resident told me recently. “I don’t understand how the military can protect us when they came to kill us.”

The attack in Ngarbuh was not an isolated case, but part of a longer history of military abuses in the Anglophone regions. Those crimes also deserve the same level of attention and inquiry that the Ngarbuh massacre received. On this, Cameroon’s international partners can help by assisting the government to establish an independent commission of inquiry, or similar mechanism, to advance accountability for serious human rights abuses committed by both government forces and armed separatists in the Anglophone regions since 2016. They should also encourage Cameroonian authorities to allow human rights organizations and journalists to work without hindrance and fear of reprisal.

The steps towards justice in Ngarbuh, which should lead to prosecutions in fair and public trials, should be viewed as the beginning of a long process in responding to impunity, not as an end in of themselves. It should become the test case to gauge how seriously the government will hold its own men accountable.