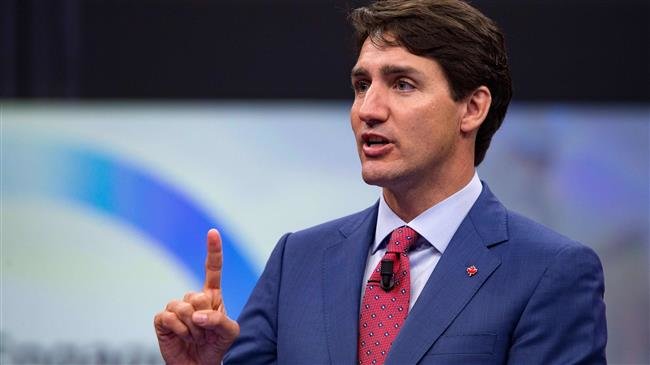 Canadian Prime Minister Justin Trudeau says Ottawa is ready to halt a $13 billion arms deal with Riyadh if it concludes the weapons have been misused.

“We strongly demand and expect that Canadian exports are used in a way that fully respects human rights,” Trudeau said in the Parliament on Monday.

“We have frozen export permits before when we had concerns about their potential misuse and we will not hesitate to do so again,” he added.

Canada has been exporting arms to Saudi Arabia based on a 2014 contract, which is worth up to $13 billion. The contact, won by the Canadian unit of US weapons maker General Dynamics Corp, allows Canada to supply Saudis with light-armored vehicles.

Trudeau’s comments on halting the huge arms deal came amid increasing pressure to punish Riyadh for the killing of dissident journalist Jamal Khashoggi in the Saudi consulate in Istanbul.

The Canadian PM condemned the journalist’s death and said Foreign Minister Chrystia Freeland had been talking to allies to discuss the next steps.

Back on Saturday, Freeland had noted that the Saudi explanations on the death of Khashoggi at its consulate in Istanbul lacked credibility and consistency.

“There are very important questions about the entire relationship with Saudi Arabia that need to be asked,” she told reporters on Monday.

The Khashoggi case has fanned the flames of a dispute between Saudi Arabia and Canada, which escalated to new levels after Riyadh abruptly cut ties with Ottawa over its criticism of the Saudi crackdown on dissent.

The dispute broke out in August after the Canadian Embassy in Riyadh tweeted that it was “gravely concerned” over a spike in the arrests of human rights campaigners in the kingdom, including gender rights activist Samar Badawi, and called on “Saudi authorities to immediately release them and all other peaceful #humanrights activists.”

Following the move, Saudi Arabia expelled the Canadian ambassador and recalled its envoy after severing business ties with Ottawa over claims of interference in its internal affairs.