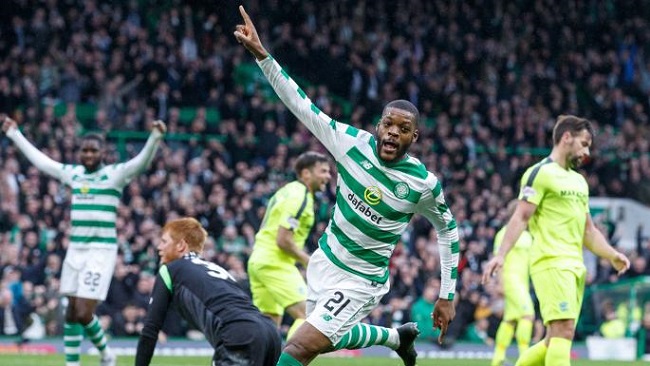 Celtic star Olivier Ntcham’s saga with his national teams has been well documented, now he says he rejected Cameroon’s offer.

Olivier Ntcham has the opportunity to play for two national squads: France and Cameroon. Until now, the midfielder has exclusively played for the French national team. Just a few days ago, The Celtic Bhoys pointed out that Olivier Ntcham was mysteriously left off of either country’s U-21 squads.

The reason for the snub has now been revealed. As Celts Are Here has pointed out, a player with multiple nationalities has the opportunity to switch allegiances until they have reached a senior team with one country in particular.

This is the case for Olivier Ntcham, as he has played for France his entire career, but now Cameroon looks like the option Olivier Ntcham would like to pursue, except that he didn’t this time around.

Speaking to the Celtic View, a Celtic magazine publication, and transcribed by Celts Are Here, this is what the Lazio hero had to say about the national team status:

“The Cameroon manager approached me last year about it we talked and I told him my targets.

“We spoke again recently when I was preparing for the Europa League games but I told him international football was not my priority right now because I had to make sure I got back in the Celtic team first.

“Once I do that, then I can think about football. My parents are both from Cameroon but I’ve never been there myself. I think my parents would be happier if I played with France.”

You love to hear that from a blooming star, the fact that he wants to put his own club ahead of his personal international pursuits is huge. Also something of interesting note, is that it sounds like he still wants to play for France, and so does his parents.

While that would be a huge blow for the Cameroonian squad, the level of development he could get with the French squad would go a long way in his pursuit of club goals. A great example of this is current teammate Odsonne Edouard who is excelling with the French U-21 squad.