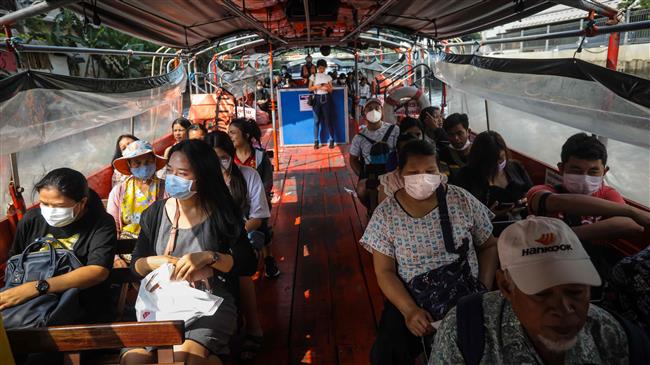 Thousands of African students in Wuhan, the centre of the coronavirus epidemic, face dwindling food supplies, limited information and lockdowns restricting them to their campuses or hostels.

Two weeks after restrictions on movement were imposed, residents are running short of basic necessities, say students in the central Chinese city.Quick guide

What is the coronavirus and should we be worried?

Several people described profound anxiety, insufficient food and a lack of information. Many complained about the lack of assistance received from their own embassies but refrained from criticising Chinese authorities.

There are more than 80,000 African students in China, often attracted by generous government scholarships. About 5,000 are thought to be in Wuhan, where there are scores of further education establishments offering qualifications that are prized in Africa.

A 21-year-old student from Cameroon living in Jingzhou city was reported on Tuesday to be among new cases. He is thought to have contracted the illness on a trip to Wuhan two weeks ago before the lockdown was imposed on the city but is not in any danger, university officials said.

More than 56 students from Malawi, mostly on scholarships, are among those trapped in Wuhan.

Bright Chipao, the president of the Association of Malawians in the city, said the students were desperate. “There is panic among us as we don’t know how long we are going to survive. We are also increasingly running out of foodstuffs,” he said.

Chipao said the students lacked masks, food and water. Prices had tripled in the city, he said.

The students have asked the Malawian government to airlift them out of the city and return them home, citing the example of other countries in Africa. However Chinese authorities have asked local embassies to tell their citizens not to seek to return home to avoid further spread of the disease.

Many educational establishments have imposed rigorous curbs on students, restricting them to their campuses or hostels. A statement from one colleges read: “Considering your safety, please stay inside your dormitory during this period … Most of the materials are in short supply. Please save resources, cherish your life.”

Kondwani Chembezi, a Malawian student at Wuhan University of Technology, said he and his roommate had only 2 gallons (9 litres) of water and some food.

He said: “Wuhan is becoming a death zone each passing day as the numbers of infected persons, as well as death toll, keep rising. There’s a great atmosphere of panic and despair as others have been repatriated to their nations, yet others remain here trying to survive this unpredictable period.

“Going [to buy things] is a grave personal risk as no one knows who has been exposed to the virus – anyone can be a carrier. Prices of commodities have really gone high – three or more times the usual price. It’s a hustle to actually buy what you need as the demand is also high.”

A Kenyan postgraduate student who has been in Wuhan for five years said the biggest problems were a shortage of reliable information and of food.

He said: “The worst part about it all is not knowing what is going on because all the information we are getting is from online sources or from friends from other universities … We have been forced to have one meal a day.

“Our institute gave us some rice, milk, oil and some vegetables but advises we also use them sparingly because when they are over we might not [be able] to get more.”

Many students contacted by the Guardian were reluctant to talk or be named, as they feared expulsion or other sanctions.

A Ugandan doctor in Shanghai said she and her colleagues felt better on Monday after a “worrying weekend”.

“We’re wearing our masks, washing our hands and avoiding crowded places,” she said. “But most importantly we’re trying to be positive and not live in constant fear and panic.”