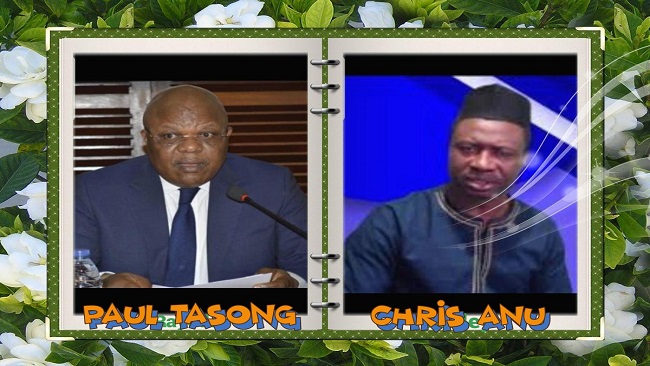 Many in the Lebialem County were surprised when information filtered publicly that French Cameroun Minister Paul Tasong and the former Ambazonia Communications Secretary Chris Anu have agreed to work together for Lebialem to get the post of prime minister and head of government. This is not the first time Southern Cameroonian rival elites had concluded a political pact to work together. Achidi Achu and Ni John Fru Ndi had concluded pacts before.

The Chris Anu-Minister Paul Tasong deal however is surprising because both men judging from events of the past three years showed they were bitter with each other and the two men had continued to hold stubbornly to their positions with Chris Anu fighting for the restoration of Southern Cameroons independence while Minister Paul Tasong remains faithful to the one and indivisible Cameroon philosophy.

Chris Anu and his blood relation Field Marshal have been behind armed resistance to reject French Cameroun’s administrative and military presence in the Lebialem County. However, a simple change at the head of the Ambazonia Interim Government has now seen Mr. Chris Anu endorsing a Yaoundé framework hatched to address the governance challenges that had contributed to Cameroon’s divisive politics and ethnic antagonism and above all, that will eventually see Minister Paul Tasong appointed Prime Minister and Head of Government.

Why did the arch-rivals easily come together and agree to see themselves as one person? 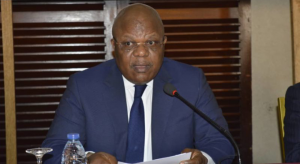 The cooperation between Minister Paul Tasong and Chris Anu can best be understood by recognising that Lebialem politics is fundamentally shaped by competition between and among political elites of the ruling CPDM crime syndicate and its auxiliary party, the Social Democratic Front.

The Southern Cameroons crisis has simply provided an opportunity for men like Mr. Chris Anu to advance their economic and political interests in Lebialem as well as to negotiate distribution of power. The practice of winner takes all politics by Peter Mafany Musonge, Chief Inoni Ephraim and now Chief Dr Dion Ngute has always resulted in the exclusion of Lebialem elites from power arrangements. Minister Paul Tasong as the new Wilfred Mbelem wants to remove Lebialem from the loser position to being a winner.

Moreover, Yaoundé has handed billions of Franc CFA to Minister Paul Tasong for the so-called reconstruction of Southern Cameroons and with increasing levels of corruption in the Biya regime, there are indications that Mr. Chris Anu might join the CPDM billionaire club of accumulating wealth.

Minister Paul Tasong reportedly turned to Chris Anu for the pact to cut off the Ambazonia Interim Government’s influence in Lebialem and end the armed resistance that is challenging President Biya’s legacy.

Although Chris Anu is still posing as the Communications Secretary of the Ambazonia Interim Government, he lacks legitimacy and authority to speak on behalf of the people of Southern Cameroons. Without access to My Trip To Buea funds and without control of the SCBC TV, Chris Anu cannot give any benefits to his followers both in the US and in Ground Zero, many of who thought the revolution would be short live and were hoping to benefit if they get to Buea.