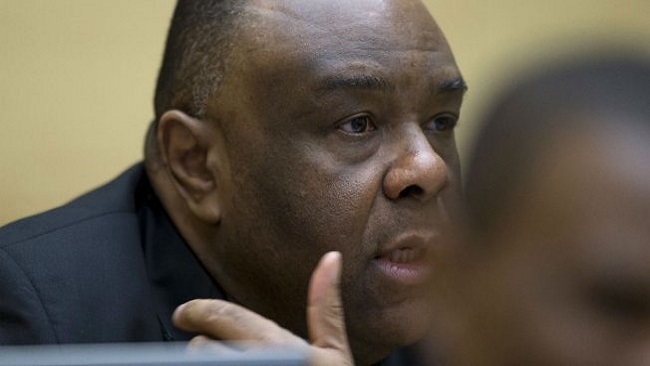 War crimes judges at The Hague on Thursday rejected an appeal by former Congolese vice-president Jean-Pierre Bemba against a bribery conviction, calling instead for a new jail term to be imposed.

Bemba, 55, was sentenced last year by the International Criminal Court (ICC) to a year in prison and fined 300,000 euros for interfering with witnesses in his war crimes and crimes against humanity trial at the court.

The sentence came on top of an 18-year prison term he is serving for crimes committed in neighbouring Central African Republic by a militia he commanded.

Sending the case back to trial judges, the appeals chamber said Thursday that the trial chamber wrongly assessed the gravity of the offenses.

Bemba’s lawyer Kilolo was given two-and-a-half years and a 30,000 euro fine, while legal case manager Mangenda, got two years. Both sentences were originally suspended.

The appeals judges also upheld sentences against defence witness Narcisse Arido, who got 11 months; and Congolese lawmaker Fidele Babala, who was sentenced to six months. Although they appealed their convictions, neither spent any time in jail as they had already been behind bars awaiting trial.

In an unusual move, ICC judges were Thursday ruling in three appeals cases, including one brought by Congolese warlord Germain Katanga, who has been ordered to pay his victims $1 million in damages.

Bemba, once a wealthy businessman, is also separately appealing his war crimes conviction and 18-year jail term, but no date for the appeals judgement has been set yet.