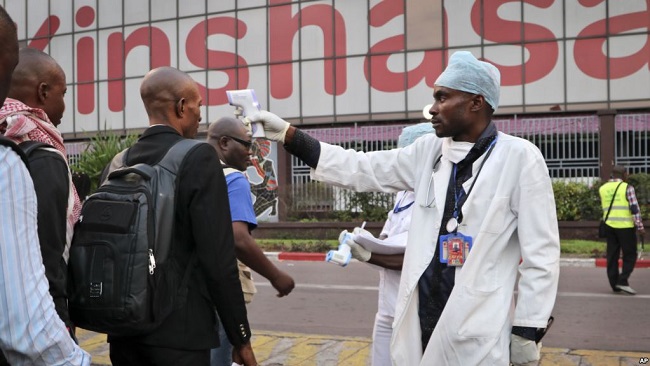 The president of the Democratic Republic of Congo closed the country’s borders and imposed a state of emergency on Tuesday to contain the coronavirus outbreak, following other African nations that have imposed strict measures in recent days.

The virus is spreading quickly across Africa, infecting more than 1,700 people across 45 countries, challenging already fragile healthcare systems. Senegal and Ivory Coast on Monday declared their own states of emergency, imposing curfews and travel restrictions on their populations.

Over 40 people have contracted the virus in the DRC and three have been killed, raising concerns of a widespread outbreak, especially in the crowded capital Kinshasa where social distancing is an alien phenomenon.

“Coronavirus does not need a passport, visa or voter’s card to circulate in our house,” President Felix Tshisekedi said in a speech to the nation on Tuesday. “We find ourselves at war with an invisible adversary.”

The president banned internal passenger flights and river transport to and from Kinshasa, where all 45 of the known cases have been found. Last week, he suspended commercial flights from other countries with the virus, banned large gatherings and closed clubs, restaurants and bars.