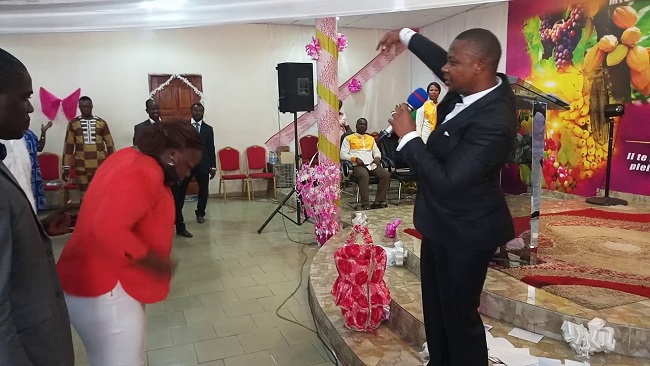 Coronavirus, African Imams and Men of God: The New Trinity 0

The coronavirus remains on course to inflict uncountable health and economic damage the world over. It’s a resistible force of nature that is keeping most of the world up at night. Numerous elements have come together to help the virus spread unchallenged and it has claimed over 47,521 lives around the globe.

Immediately science and technology accumulated enough data about the virus, broad recommendations were set out to slow its spread while research laboratories went to work for a cure or vaccine. The determination of COVID-19 is being matched by that of world leaders and scientists.

Social distancing is the foremost measure imposed and encouraged by political leaders and experts all over the planet. So far, statistics suggest that the curve is flattening in many parts of the world. To curb the spread of the pandemic, the population has a role to play which is simply following government and medical directives. It is here that the current absurdity of religious fanaticism in Africa comes into play.

Cameroon Concord News Group believes that many pastors and religious clergies in Africa are putting the lives of their followers at risk in seeking to start the age-old God versus science squabble game in the middle of a global crisis. Insisting on holding church services at this time in defiance of scientific and government guidance is reckless and very dangerous.

Science and religion are two sides of the same deep human impulse to comprehend our universe. Embracing both helps mankind in understanding our place in it and to marvel at the wonder of life and the infinite universe we are surrounded by. Let’s keep them that way, and not let one usurp the role of the other.

The actions of some of our religious leaders during this coronavirus pandemic in leading vulnerable and gullible people into early graves are completely unacceptable. The denial of science amongst Christian and Muslims fundamentalists now haunts countries in the Sub-Saharan region.

In professing to be wise, by their actions and denials of the ferociousness of the coronavirus, our Imams and men of God, are becoming fools because this global killer knows no race, age, social status, religious beliefs nor borders. The number of avoidable fatalities in Africa is rising at catastrophic rapidity as people continue to ignore social distancing guidance and mindful of Africa’s poor record keeping history, the full extent of the damage will never be known.

Today, it is difficult in Cameroon, Gabon, Congo-Brazzaville, Chad and Equatorial Guinea to differentiate people with COVID-19 and a common flu as many have mild symptoms like tiredness, fever and dry cough.  Consequently, a person may be carrying and transmitting the virus without any knowledge. The virus is particularly aggressive among the elderly and those with pre-existing health conditions resulting in a higher death rate amongst this group. Armed with these facts, Cameroon Concord News Group believes that any responsible religious leader would instruct his followers to adhere to social distancing for their own good.

Churches and Mosques in nations that started Islam and Christianity have all shut down in line with government policy. But those in Sub-Saharan Africa are still operating claiming that their leaders have the backing of the Holy Spirit and Prophet Mohammed. This is going on in areas with little or no healthcare system and ventilators.

The evidence is prodigious that Christians and Muslims fundamentalist leaders in Sub-Saharan Africa have considerable power in society with millions of followers that can never be challenged especially during a pandemic.

Cameroon Concord News Group including thousands of our readers is caught in a state of disbelief! What kind of religious beliefs could propel church leaders in the 21st century to challenge scientific evidence when thousands are dying?

This hostility to science will deplete thousands in Africa over the next few weeks. Correspondingly, we of this publication salute the Ugandan government decision to arrest three Roman Catholic priests last Sunday for celebrating Mass publicly, in alleged defiance of government orders banning religious gatherings during the pandemic.