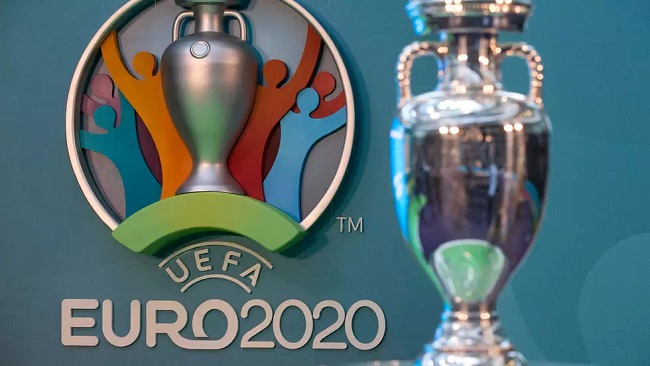 UEFA has postponed this year’s European Championship until 2021, a source close to European football’s governing body told AFP on Tuesday, as the continent battles with the coronavirus pandemic.

The source’s confirmation of the decision came after the Norwegian FA tweeted that the new plan is for the tournament to take place from June 11 to July 11 next year, turning Euro 2020 into Euro 2021.

The decision was made as UEFA held crisis talks with its national associations as well as clubs and players bodies via videoconference on Tuesday. The decision was ratified at a UEFA Executive Committee meeting in the afternoon.

The move comes with most of Europe’s domestic leagues having ground to a halt over the last week as football confronts its biggest issue in modern times.

The UEFA Champions League and Europa League competitions for clubs have also been suspended, with both still in the last-16 stage, but postponing the European Championship for national sides means they, along with national leagues, will have the chance to be completed, assuming travel restrictions are lifted in time.

Europe has become the epicentre of the coronavirus pandemic, with France on Tuesday having joined Italy and Spain in applying strict lockdown measures and European leaders also planning to ban all non-essential travel into the continent.

More than 2,100 people have died in Italy, which was supposed to host the opening game of Euro 2020 in Rome. The head of the Italian football federation, Gabriele Gravina, had already led calls for the Euros to be postponed.

Euro 2020 was due to be held in 12 different cities across the continent, from as far apart as Dublin and Bilbao, to Saint Petersburg and Baku.

The semi-finals and final were due to be played in London and there would considerable knock-on effects to postponing the competition — the women’s European Championship is scheduled to run from July 7 to August 1 next year in England, with the final at Wembley.

UEFA have also planned to stage an Under-21 Euros in Hungary and Slovenia in June next year.

Twenty of the 24 teams set to take part in the Euro have already qualified, but play-offs to determine the final four participants, due to be played later this month, will have to take place at a later date.

Moving the Euro by a year also puts UEFA on a collision course with football’s world governing body FIFA, whose president Gianni Infantino has planned to stage the inaugural edition of his highly lucrative Club World Cup in June and July next year in China. Some of Europe’s top club sides are expected to be involved.

“FIFA will keep in regular contact with all relevant stakeholders during this difficult period and look to find in due course solutions in a spirit of cooperation, taking into account the interests of football at all levels,” Infantino wrote in an open letter on Monday.

“Health first and sporting solidarity should be the key principles guiding decision-making at this important moment in time and I am sure that the whole football community will live up to the great values of our sport.”

As for its flagship club competitions, UEFA may come to a decision to try to complete the Champions League and Europa League by curtailing the competitions, meaning ties up to the semi-finals could be decided in one-off matches.

Reports on Tuesday also indicated both tournaments could conclude with a ‘Final Four’ meeting in the scheduled host cities — Istanbul for the Champions League and Gdansk in Poland for the Europa League, meaning the two-legged semi-finals would be removed.

Financially, UEFA will undoubtedly prefer postponements to outright cancellations, or playing matches behind closed doors, even if it is impossible at this stage to know when club football can resume.

The last European Championship, held in France in 2016, generated total revenue of close to two billion euros ($2.2 billion) for UEFA.

“The financial stakes are enormous,” according to one senior figure in the international game. “We know that FIFA has significant reserves but we don’t know about UEFA or the different leagues.”